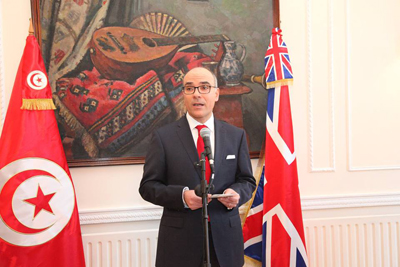 Tunisian ambassador to London Nabil Ammar has called on British government to ease its tourist travel restrictions imposed on his country since last year after 30 Britons were killed in a terror attack targeting foreign tourists.

Isis claimed responsibility for the attack, which led the Foreign and Commonwealth Office (FCO) to advice against all but essential travel to the North African country.

In 2014, around 440,000 Britons visited the country. Since the attack near Sousse, 192 hotels – a third of Tunisia’s total – have closed. To save the sector, the Tunisian ambassador to London has said the FCO should review its advice, taking into account the major security improvements made since last year.

But an FCO spokesperson insisted the safety of British nationals is UK government’s main concern. “We know our travel advice can have a knock-on effect on the local economy (…) but we don’t let this influence us”, added the spokesperson, noting that the travel advice is under constant review and will be changed as soon as the security situation permits.

Tunisian authorities have lifted lately the nationwide curfew enforced following the terror attacks and the social riots, which rocked the country.

“In light of the improvement in the security situation, the curfew imposed on all Tunisian territory will be lifted,” the interior ministry said in a statement.

Tunisia is facing a difficult economic recovery since the revolution. The country’s economy recorded one of its worst performances last year – less than 0.3 per cent growth. National unemployment rate is estimated at over 15 per cent, and 30 per cent of the country’s graduates are unemployed

The North African state is believed to be the biggest exporter of jihadists, with the authorities saying at least 3,000 Tunisians are fighting in Iraq and Syria