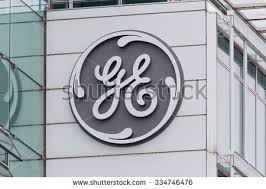 The American power and energy giant, General Electric, has decided to club together with Pan-African multi-sector business services company Mara Group to make more inroads in Africa through investment in infrastructure, a domain still infant on the black continent.

General Electric plans to invest billions of dollars in Africa’s infrastructure business industry, which according to pundits holds great future with needed investments estimated at $90 billion every year.

To attain that goal the American giant announced on May 26 at Lusaka during the African Development Bank annual meetings the creation of the joint company with Mara Group, founded by British-Ugandan business tycoon Ashish J. Thakkar.

The joint venture will seek to sponsor infrastructure projects in a number of selected countries on the black continent. Most investment projects will target various areas namely power production, transports, gas, oil and mineral raw materials.

General Electric has established good footprints on the African continent after it impressively supported significant projects in several domains. The American giant has invested $250 million for the construction of plant at Calabar (Nigeria) specialized in the production of turbines and oil producing equipment. It also pumped $1.5 billion into the construction of a power plant (1,100 megwatt) in Ghana.