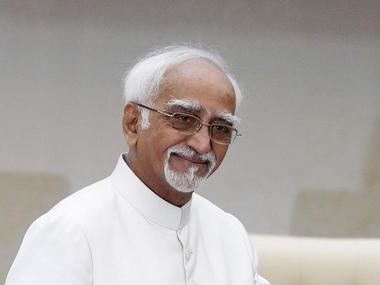 The Indian Vice-President Hamid Ansari is expected in Morocco from May 30 to June 1, a visit expected to highlight by the signing of several Memoranda of Understanding (MoU.)

During this diplomatic visit, the first in 50 years since the last visit of an Indian Vice-President, Ansari will hold talks with Moroccan officials on a wide range of issues including economy and UN Security Council expansion, Indian sources say.

“This visit intends to further strengthen the cordial relations between the two countries, further develop and diversify profile of bilateral economic cooperation and explore new avenues of co-operation and partnership on a wide range of issues of shared interest,” a statement from the Indian external Affairs Ministry said.

The Indian Vice-President will also launch, together with the Head of the Moroccan Government Abdelilah Benkirane, the India-Morocco Chamber of Commerce and Industry, according to Indian sources.

Besides the political dimension of the trip, a special accent will be put on the economic issues as India plans to expand market outreach of its cars and truck manufacturers.

MoUs will be signed in education, IT and communication technology sectors during the visit.

Several economic initiatives have been undertaken by both sides over the past months. Last month, officials of the two countries’ ministries of transports mulled in Mumbai the idea to launch a direct air link between the two countries.

Also in the course of April, a team of Moroccan business people visited New Delhi to study business partnership opportunities that can be established between India and Morocco.