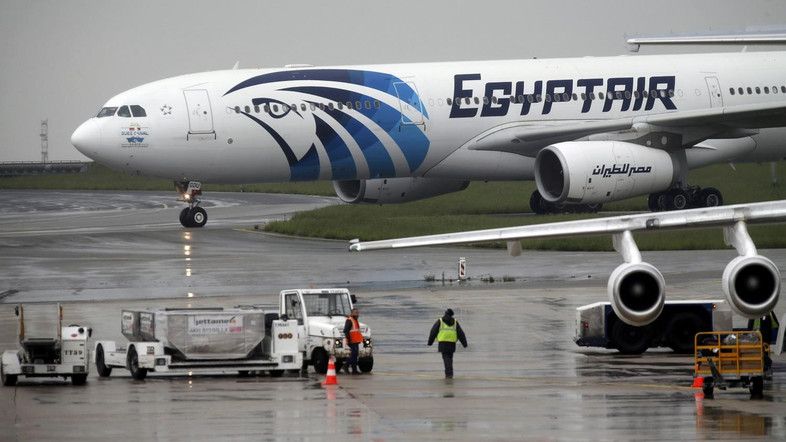 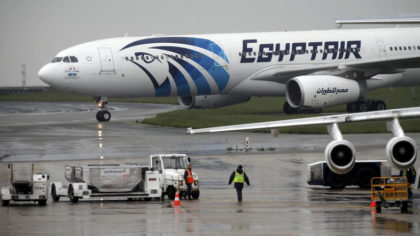 Egyptian authorities Thursday said theory that EgyptAir plane A320 which disappeared and “crashed in the Mediterranean” in early hours of Thursday on its way to Cairo from Paris, a terrorism act cannot be ruled out.
Civil aviation minister, Sherif Fathi told reporters that it was too early to draw conclusion but it is highly possible that a part from a mechanic problem, the plane might have been victim of terrorism.
“The possibility of having a different action or a terror attack is higher than the possibility of having a technical failure,” Fathi said.
A Russian spymaster also underlined the terror act theory saying that missing plane in all likelihood might be brought down by a terror act.
“Unfortunately there has been another incident today concerning an Egyptian Airlines Plane. It appears this is a terrorist act that has killed 66 citizens of about 12 countries,” said Alexander Bortnikov, head of Russian Federal Security Service.
The ill-fated EgyptAir plane took off in Paris at 11.09pm local time from Roissy-Charles de Gaulle airport but went missing from radar at 2.30 am Egyptian local time as it was 16km into the Egyptian airspace.
EgyptAir flight MS804 with 66 people on board is believed to have crashed in the Mediterranean, at around 130 miles from the island of Karpathos, Greek sources said.
EgyptAir official later on Thursday refuted indications that “debris of the plane was found”.
“We stand corrected on finding the wreckage because what we identified is not a part of our plane. So the search and rescue is still going on,” EgyptAir’s Vice Chairman Ahmed Abdel told CNN.
Earlier, Greek authorities announced a Greek frigate found remnants of the plane 230 miles south-east of the Greek island of Crete. The debris is believed to be “lifejacket and a chair”.
As speculations mount that the plane may be victim of terrorism, Egyptian President al-Sisi ordered intensification of searches, the Egyptian presidency announced in a statement.
“The president has issued instructions to all concerned state bodies, including the ministry of civil aviation… naval and air forces to intensify the search for the Egyptian plane and to take all necessary measures to find the plane debris,” said the statement.
Egyptian and French authorities are still baffled by the mystery behind the crash of the EgyptAir plane. Both have pledged to detect what happened to the aircraft.
“We have a duty to know everything about the cause and what has happened,” Francois Holland of France said.
“No theory is ruled out and none is certain right now,” he added.