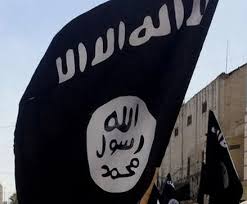 The sanctions are part of US strategies meant to “disrupt the fundraising and support networks of al-Qaida, al-Nusrah Front, al-Qaida in the Arabian Peninsula (AQAP) and IS,” the Treasury Department said in a statement.

Salmi Salama Salim Sulayman ‘Ammar as of 2015, was acting for or on behalf of and provided financial and material support to IS in the Sinai Peninsula, the Treasury Department says.

‘Ammar reportedly had represented the ABM in Libya since 2014 and was working with IS. He also facilitated transfer of hundreds of thousands of dollars from Libya to ABM in the Sinai Province. The Libya-based Egyptian terrorist helped channel money, weapons, and ammunition to the Sinai Peninsula from 2014 to 2015.

He pledged allegiance to IS during his stay in Syria in 2014.

IS entered Libya in 2014 as the country was torn into shreds by rival Libyan brothers competing for power following the death of former ruler Muammar Gaddafi in a NATO-backed revolution in 2011.

The group has conquered large swathes of Libya, including most coastal regions. The group, believed to have up to 6,000 fighters, also controls Gaddafi’s hometown Sirte, sitting at some hundred miles from European Southern coasts.