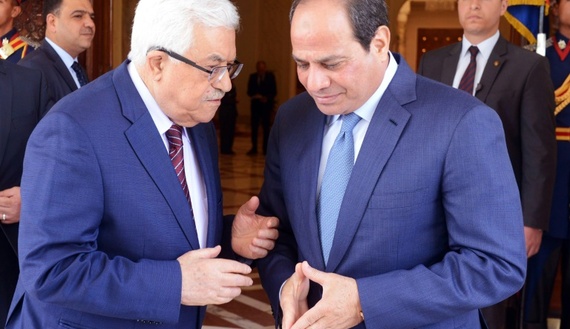 Egypt: Sisi Offers to Mediate between Rival Palestinian Factions for Peace with Israel 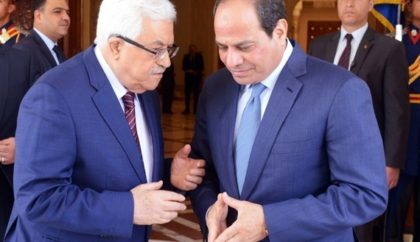 The Egyptian President Tuesday offered Egypt’s help to cement ranks between Palestinian rivals and called on Palestinians and Israelis to seize the “golden” opportunity of peace making proposed by France.

“I say to our Palestinian brothers, you must unite the different factions in order to achieve reconciliation the soonest,” President al-Sis said in a televised address during the inauguration of eight energy plants in the southern city of Assiut.

He said Egypt is prepared to take on this reconciliation role. It is a real opportunity to find a long-awaited solution. After throwing his support behind France’s peace initiative plan presented to regional leaders and both Palestinians and Israeli, al-Sisi urged both rivals to seize the opportunity adding that reaching peace agreement will “give hope to Palestinians and security to Israelis.

France has embarked on diplomatic efforts to resurrect peace talks between Palestinians and Israelis which collapsed 2 years ago, in April 2014 before the Gaza conflict.

Sunday visit by French Foreign Minister Jean Marc Ayrault in the West Bank and Israel to promote the initiative was cold-shouldered by Israeli Prime Minister Benjamin Netanyahu who rejected the move saying that only direct talks between the two camps can yield progress and peace.

The French-proposed international conference initially scheduled for the end of this month has been postponed to next Summer because of the heavy schedule of US Secretary of State John Kerry.