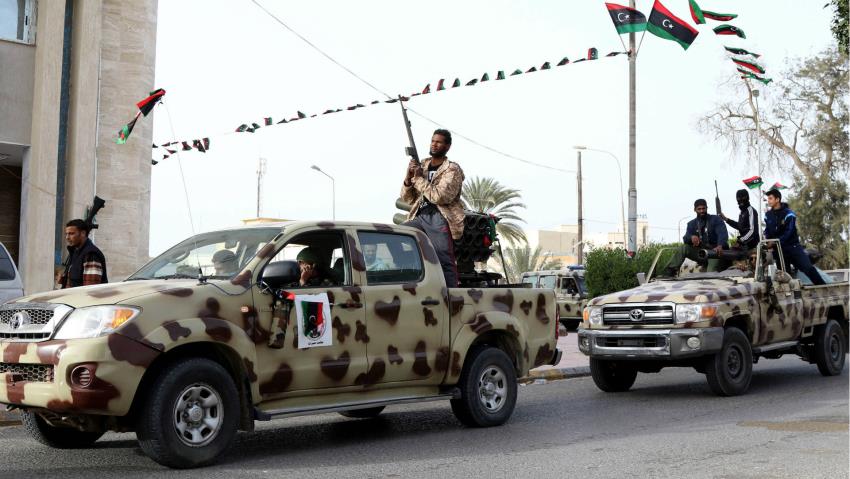 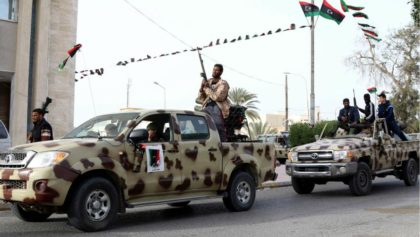 Forces loyal to the UN-backed Government of National Accord (GNA) claimed Tuesday they retook control of the Abu Grein crossroads, south of Libya’s third city Misrata, where the coastal highway meets the main road south into the desert interior.

The crossroads laying 140km west of Sirte where IS has established its stronghold has been overrun by militants of the terrorist group last month.

GNA’s forces on facebook indicated that aside from taking back the strategic point, they also advanced 50 km towards Sirte.

Seven military personnel were lost and more than 15 wounded in the clashes, the forces further revealed.

After arriving in Tripoli, end of March, the GNA has established a military operations room to lead the fight against the militants who have lost some ground over the past weeks.

While GNA forces advance towards Sirte, forces of Libyan National Army led by Gen. Khalifa Haftar loyal to the rival government in the East, are also gearing up to take on IS’s Sirte nerve-center after defeating the militants in part of Benghazi and Derna.

Monday, GNA received assurance from 25 countries including the US to ease the arms embargo imposed on the country since 2011 in order to help loyal forces acquire the weaponry needed to evict IS from Libya.

IS’s advances in Libya, and its control of Sirte’s airport and port, a hundred mile away from Europe’s South coasts have alarmed Western countries which have pledged to help the unity government now to overcome the terror group.

Meanwhile France Tuesday suggested that embargo be maintained as it warned that arms and military equipment to be purchased by the GNA may fall in wrong hands.

“As was decided… in Vienna, it is essential to help the national unity government to control and ensure the security of Libyan territory,” the French foreign ministry said.

“[But] the arms embargo must be maintained,” it said, although the GNA “can legitimately request exemptions.”