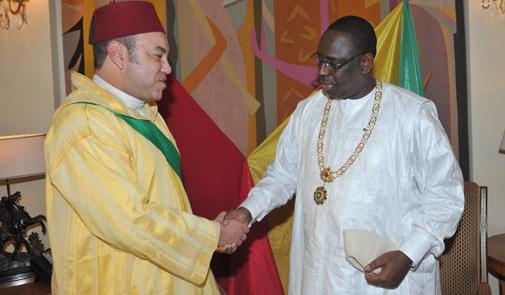 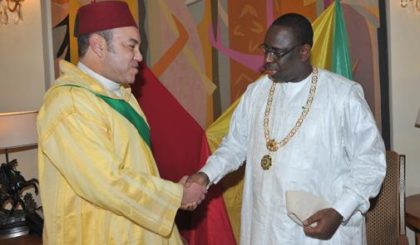 President Macky Sall of Senegal has renewed his country’s full backing to Morocco’s territorial integrity and sovereignty over the Sahara.

In an interview broadcast by Moroccan Medi1 TV channel, the Senegalese Head of state said :“We assume our position on the Sahara issue.” He said his country’s position on this issue “is a historical one.”

He also deemed latest UN Security Council Resolution on Sahara a “diplomatic victory” for Morocco, underlining the convergence of views and stands between Rabat and Dakar on this issue.

Morocco and Senegal are endeavoring to boost their economic cooperation, added the Senegalese President, recalling the visit paid by King Mohammed VI to Senegal in 2015.

During this historic visit, several cooperation projects were launched and an ad-hoc group was set up to follow up the evolution of cooperation and partnership between the two countries.

The Senegalese President also hailed the setting up of Mohammed VI Foundation for African Ulema, stressing the importance of such initiatives in the fight against religious extremism.

“We need a religious discourse to fight jihadist propaganda,” he said. This is an extremely important battle and Morocco, in this regard, has already made much progress in the training of imams and teaching of Islam, added Macky Sall, referring to the Moroccan center that provides training to hundreds of imams from Africa and Europe.

This center was set up by King Mohammed VI last year. It seeks to inculcate in Imams the precepts of a tolerant and non-violent form of Islam based on Maliki rite and teach them how to fight extremism and religious radicalization through sound argumentation and dialog.

This will certainly help thwart the perversion of Islam and prevent the use of religion as an excuse for barbarism, regression and terrorism. Morocco has been providing, for many years, if not for centuries, training to foreign Islamic scholars and imams, mainly from sub-Saharan Africa, in order to disseminate an “Islam of the middle path doctrine,” a vision of religion based on tolerance, intercultural dialogue and respect of other faiths.