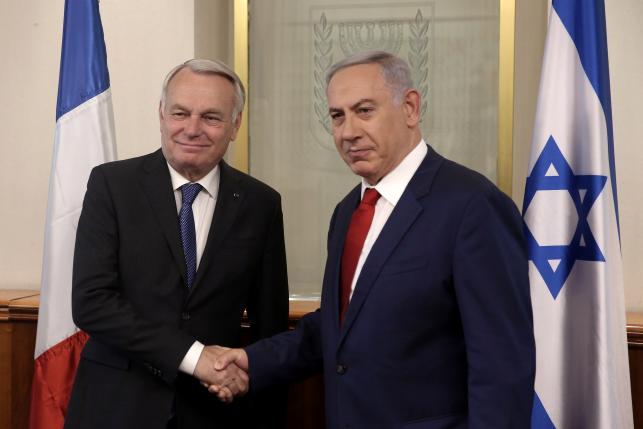 Mideast: France to Forge Ahead with Peace Initiative despite Netanyahu’s Protest 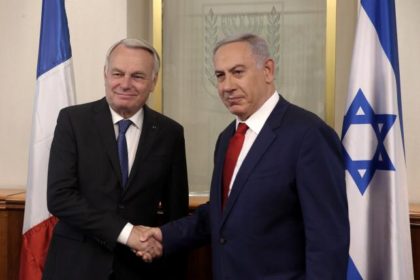 France would go ahead and organize the international conference seeking to relaunch the peace process between rival Palestinians and Israelis despite the Israeli Premier’s opposition to the move, said French Foreign Minister Sunday at the close of his one-day visit in Israel and the West Bank. France has been on a diplomatic frenzy to relaunch peace talks between Palestinians and Israelis and proposed to host an international conference at the end of this month.

The conference will gather some 20 countries and members of the Middle East Quartet (United Nations, the United States, the European Union, and Russia) but neither Palestine nor Israel will attend.

The Paris conference will pave the way for a second major conference, to be held in the second half of the year, with the participation of the two rivals. Talks will focus on the two-state solution said to bring peace to the region.

“We aren’t giving up, and neither are our partners,” Ayrault said at a press conference at Israel’s Ben Gurion Airport, at the close of his visit to Israel.

“We must demonstrate that the path that we are proposing will be the one that will allow for an exit out of the extremely serious situation, the impasse which we find ourselves in. I explained to him (Netanyahu) what that means,” he added.

“Our experience with history shows that only this way did we achieve peace with Egypt and Jordan, and that any other attempt only makes peace more remote and gives the Palestinians an escape hatch to avoid confronting the root of the conflict, which is non-recognition of the State of Israel,” he said.

Tel Aviv fears the conference to be attended by Arab countries may be used as platform to criticize and impose decisions on Israel, analysts say.

Last peace efforts initiated by the Obama Administration to build bridges between the two camps failed two years ago after the two sides traded accusations.