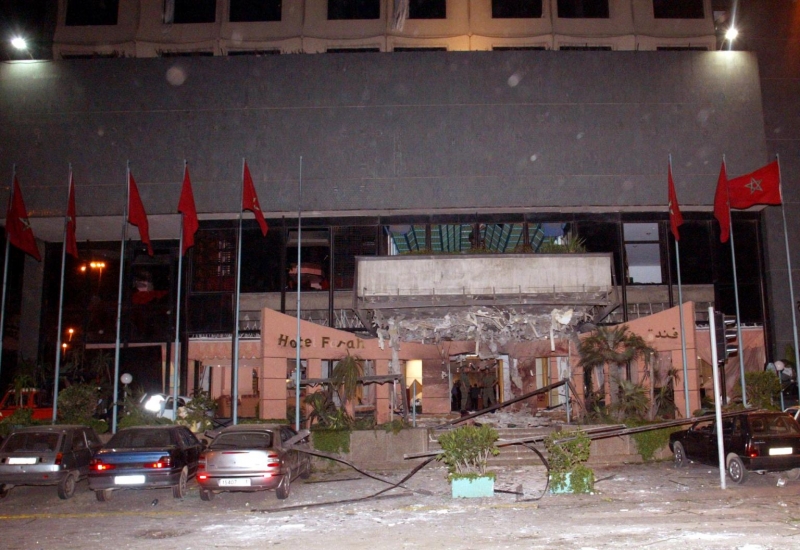 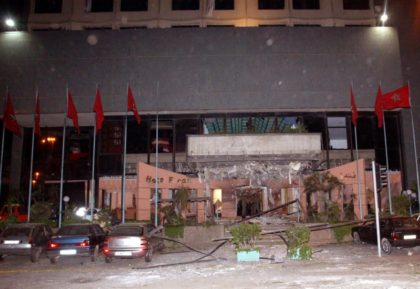 Moroccans of all walks of life and political obedience commemorate this Monday in unity, harmony and patriotism the terror attacks that rocked the city of Casablanca on May 16, 2003.

The attacks were the deadliest terrorist attacks in the history of the North African Kingdom. 45 people were killed as a result of these horrible attacks (33 victims and 12 suicide bombers.)

The brainwashed suicide bombers came from the shanty town of Sidi Moumen, a poor suburb of Casablanca. They targeted a Spanish restaurant, a five-star hotel, a Jewish cemetery, an Italian restaurant and the Belgian consulate.

These unspeakable attacks show the extent to which terrorist fanatics are willing to go in the name of their depraved cause as they seek to impose their extremist views.

Each anniversary of May 16th calls to Moroccans’ mind the tragic events of that day. They remember the horror they felt, the sadness of mourning their loved ones and the renewed appreciation for the freedoms they enjoy under the leadership of King Mohammed VI.

As Moroccans pay tribute to those who lost their lives that day, they gather in unity and dignity to honor those who devote their lives for the stability of the North African Kingdom.

Last week, the Moroccan Interior Ministry announced the arrest of a Chadian national who was plotting to attack Western diplomatic buildings and tourist sites.

The investigators say the man was tasked by ISIS to recruit Moroccan and Algerian extremists to carry out attacks against Western diplomatic missions and tourist sites in the Kingdom like the Casablanca attacks of May 16, 2003.

According to security experts, Daech is changing its strategy in Morocco by sending some of its members settled in sub-Saharan countries on suicide and terror mission.

Moroccan intelligence services have been guarding against terrorist attacks since 2011, when 15 people were killed in a bombing at a café in Marrakesh, one of the world’s popular tourist destinations.

According to newly set up Central Bureau of Judicial Investigation (BCIJ,) dubbed Morocco’s FBI, 35 deadly terror plots were foiled last year and 155 terror cells were dismantled since 2002. But BCIJ cautions that there is no zero risk in the field as the terror threat is still hovering.