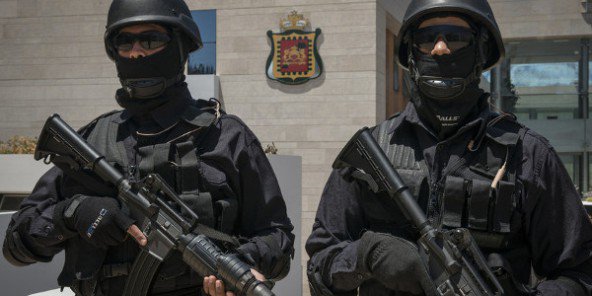 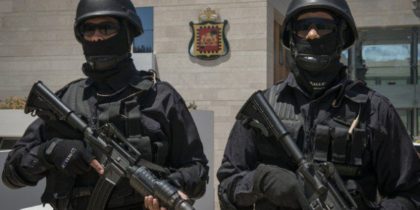 The Central Bureau of Judicial Investigation (BCIJ) managed to “foil a dangerous terrorist plot following the arrest Friday in Tangier a Chadian national affiliated to Daesh,” said the Interior Ministry in a statement.

The 33-year-old IS militant, coming from Chad, arrived in Morocco on May 4.

First investigation elements indicate that the man was tasked to recruit Moroccan and Algerian extremists to commit impressive attacks against high-profile Western diplomatic missions and tourist sites in the kingdom like the May 16, 2003 attacks in Casablanca which killed more than 40 people.

Security authorities have not named the Chadian citizen nicknamed cutthroat, the targeted western missions and sites nor the date of the attacks, but they said they also seized an important quantity of materials used in the making of bombs.

Moroccan authorities believed that the 33-year-old was planning to establish a branch of the terrorist group in the eastern region of kingdom.

Daech is changing its strategy in Morocco by sending some of its members settled in sub-Saharan countries, the ministry said.

Successive proactive operations by Moroccan security services against terrorist networks helped thwart several terrorist plots both at home and abroad, and seize a large arsenal of weapons, ammunition and materials used in the making of explosives, as well as toxic products, said the Interior Ministry.

The BCIJ has proved its efficiency as since its inception it has been able to burst several terrorist cells.