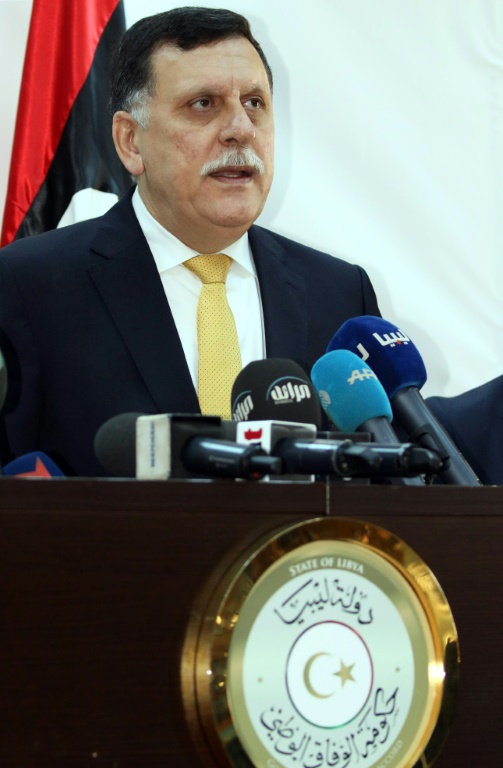 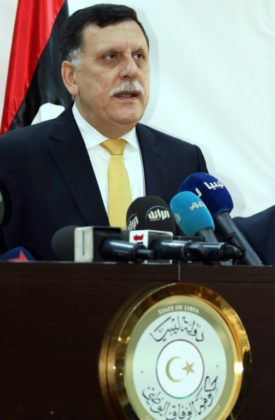 Libya’s Prime Minister-designate backed by the United Nations Wednesday in Tunis discussed anti-terrorism and economic partnership with Tunisian leaders, as the unity government is trying to neutralize IS militants and restore economic activities between the two countries.

The meeting is the second this month between Libyan high authorities and Tunisian authorities after Tunisian Prime Minister Essid visited Faiez Serraj early this month in Tripoli in an unannounced visit.

“The anti-terrorist struggle was at the top of the subjects raised, as well as our aim to establish an economic partnership,” Sarraj said after meeting Tunisian President Caid Essebsi.

He also told reporters they discussed ways to strengthen strategic partnership between Tunisia and Libya and step up bilateral co-ordination in the fight against terrorism.

Tunisia has been opposed to foreign military intervention in Libya aiming at flashing out IS militants who have set up their new base in the North African country.

“Tunisia is willing to support Libya in line with the needs of the Council of the Presidency of the Government of National Accord,” President Essebsi’s office said in a statement.

Libyan border officials told reporters they halted all freight traffic since the end of April through the Ras Jedir crossing in a bid to stop the smuggling of fuel, which is much cheaper across the border.

The inhabitants of the border town on Wednesday staged a strike, setting tires on fire to protest the closure decision.