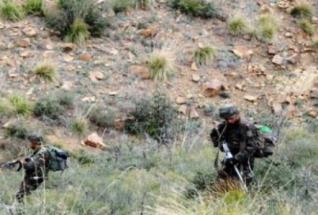 The ministry statement said that the seven terrorists were killed in a combing operation near the little town of Lakhdaria, in Bouira region.

Three notorious terrorists were among the seven extremists, namely M.Ammar, R.Ali [who respectively joined terrorist movements in 1993 and 2001] and Z.Lamine known by authorities as criminal, the ministry claimed.

The identification of three other bodies is underway, the ministry further said.

Algerian authorities have put army on the alert as terrorist threats against the country are becoming alarming due to pressing menace of IS in Libya. Several terrorists were also reported killed last week in several army operations.