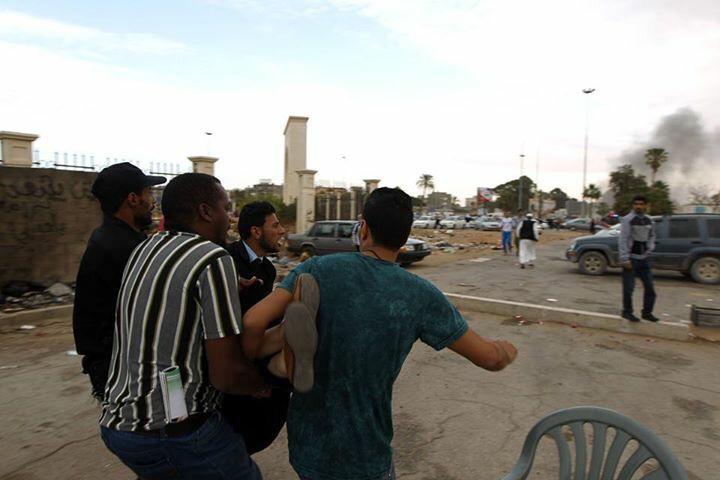 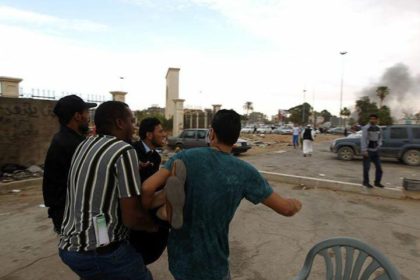 Mortar shells fired by IS militants killed five people and wounded scores as people gathered at Kish Square in Benghazi to celebrate the Libyan National Army (LNA) and distance themselves from the unity government.

A medical source at Jalaa Hospital told media five bodies including a woman and a child were brought to the hospital. Reports also said around 40 people were wounded in the attack.

The attack came as hundreds of people were gathered at Kish Square in the city to celebrate loyal forces of the Tobruk-based Libyan parliament and reject the UN-backed unity government.

The LNA headed by the self-style army Gen. Khalifa Haftar has been fighting militants in the city. The army recorded significant victories but militants who have been in the city for several years, still control some parts.

Libya Herald, quoting military sources, reports that the shells were fired from a building.

Mustafa Al-Ragig, head of Benghazi Security Directorate reportedly went to the square to assess the situation. He hailed the dead and wounded as “martyrs and heroes” saying that the LNA would not be deterred from attacking IS, Libya Herald reports.

“We are at the gate of Sirte. Nothing will stop us. We will continue,” Ragig said.

Meanwhile in a separate report, militia commanders in charge of the country’s third city of Misrta, rushed militiamen to a key crossroads on Friday after it was overrun by ISIS in an assault in which a suicide bomber killed two police agents.

The move came after IS fighters were believed to have taken control of the Abu Grein crossroads situated 120 kilometres south of Misrata, not far from the city of Sirte now in the hands of the terrorist group.

IS in a statement relayed by the SITE Intelligence Group indicated that one of its fighters, from Tunisia “had blown up a vehicle at the crossroads allowing other fighters to advance and take control of Abu Grein and five other villages in the area.”

The attack was followed by clashes between militants and the militia men posted at Zamzam checkpoint, south of Abu Grein crossroads. Medical sources at Misrata said they received six wounded militia men.

After it entered the country in 2014, IS has taken control of most coastal regions of Libya including the city of Sirte, hometown of former ruler Col. Gaddafi. Sirte has been turned into nerve center wherefrom the terrorist group launches attacks and where it trains its militants and future militants.