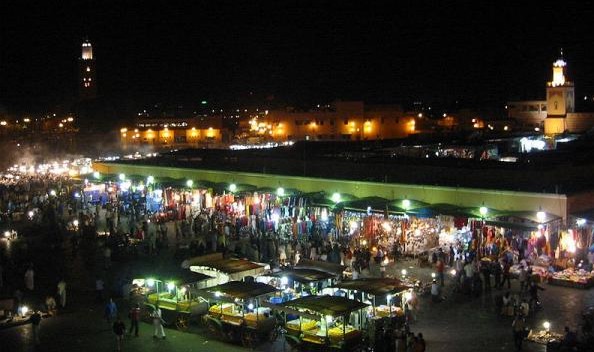 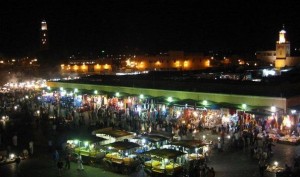 The Moroccan city of Marrakesh, known for its enchanting charm that attracts tourists from all over the world, was elected by the 19th World Travel Awards (WTA) as “Africa’s Leading Destination” for 2012.
The WTA which has just unveiled the leading travel brands in Africa for 2012 pointed out that the ancient medina of Marrakech saw off competition from many tourism resorts like the Kalahari Desert (Namibia), Kruger National Park (South Africa), Mt. Kilimanjaro (Tanzania) or Cape Town (South Africa) to win the coveted title of “Africa’s Leading Destination”.
Properties in Marrakech also enjoyed top honours. Amanjena was voted “Africa’s Leading Luxury Resort”, whilst the Royal Mansour was named “Africa’s Leading Hotel” in a category that included The Palace of the Lost City (South Africa), Fairmont the Norfolk (Kenya) and Grand Hyatt Cairo (Egypt).
The comprehensive WTA programme, hailed as the ‘Oscars of the travel industry’ by the global media, highlights and rewards those travel brands that have made the greatest contribution to the industry in quality, innovation and service, over the past year.
WTA President & Founder, Graham E. Cooke, underlined the depth and quality of the travel and tourism sector across Africa. “Our winners are drawn from the breadth of Africa, reflecting how the outstanding natural attractions of the continent are being complimented with a growing portfolio of luxury facilities,” he said.
Marrakesh, the first Moroccan city to win the WTA distinction, has already been elected sixth best destination in the world by a survey conducted last spring by TripAdvisor. Thousands of tour operators and travel agents from around the world who participated in the poll chose Marrakesh among best destinations in the world along with London, New York, Rome, Paris and San Francisco.