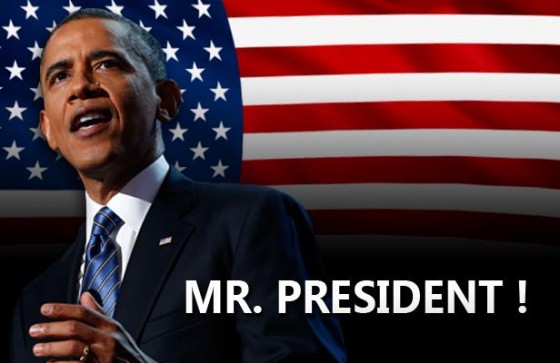 What Would Obama’s second term mean for the Arab World?

Barack Obama won the presidential race and will lead his country for four more years.
Although the presidential race was very tight and some even feared a recount of votes, Obama gleaned 332 electoral votes while his challenger Republican Mitt Romney got only 206, according to the results available, as vote counting is still ongoing.
In his victory speech, the president said he was returning to the White House “more determined and more inspired than ever on the work there is to do and the future that lies ahead” and promised that the best was yet to come in a new mandate where he did not have to face the prospect of another electoral campaign.
“We have picked ourselves up, we have fought our way back and we know in our hearts that for the United States of America the best is yet to come”, he said.
However, if the president promised that the best is yet to come for his country, many in the Arab and Islamic world are not so sure that the best in their relations with the United States is also yet to come and that Obama will live up to his promises and will revive the enthusiasm he had triggered by his 2009 Cairo speech.
Actually Obama’s re-election aroused mitigated reactions. while some commentators think that after his re-election Obama will feel freer to adopt bolder stands on some issues, on top of which the Israeli-Palestinian conflict and the Syrian issue,  others argue that the U.S. foreign policy and the strategy followed so far will not change much.
All observers however agree that the U.S. has to improve its relations with the Arab World where its political influence is waning, especially after its former authoritarian allies have been ousted or killed, and new elite, often Islamist, is being empowered.
The main reason why U.S. influence in the Arab and Islamic world is eroding is to be found in Washington’s staggering stand regarding the Arab-Israeli conflict.
Just after he officially took office in 2009, Obama stated his support for the creation of a Palestinian state and declared he opposed Israeli settlements and wanted to revive peace talks. But during his first term, he seems to have given up efforts to put the peace process back on track. The Arab world has not forgotten that the United States opposed the Palestinian Authority’s membership to the UNESCO and severed funding to the UN’s cultural arm after it defied the White House by voting overwhelmingly to accept the PA as a fullfledged member.
In his 2009 inaugural address, Obama had also reached out to the Muslim World by saying that he seeks “a new way forward, based on mutual interest and mutual respect.”
And no later than last September, he spoke, in his address to the UN General Assembly, about the anti-Islam film that sparked protests across the Muslim world, saying that “The events of the last two weeks speak to the need for all of us to address honestly the tensions between the West and an Arab World moving to democracy.”
Will President Obama be able to address these tensions during his second term, on the basis of mutual respect and not seek to dictate lessons?  Time will tell.
Anyways, the whole world has closely followed the U.S. presidential elections and many believe that a Barack Obama victory is better than a Republican win or that a dove presidency is better than a hawk’s.