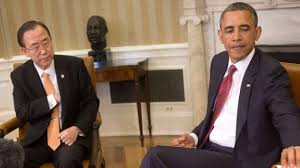 The Moroccan Government has deplored the stand of the United States, tasked with drafting the first resolution on the extension of the mandate of the MINURSO, the UN peace-keeping mission in the Sahara, which was contrary to the spirit of partnership existing between Rabat and Washington.

Without mentioning the USA, but in barely veiled terms, the Moroccan Foreign Ministry said Morocco “regrets that the member of the Security Council, which is responsible for the formulation and presentation of the first draft resolution, has introduced elements of pressure, constraints and weakening, and acted against the spirit of partnership with the Kingdom of Morocco.”

This came in a statement issued Friday evening following the adoption by the Security Council of a resolution on the Moroccan Sahara.

“The Kingdom of Morocco expresses its thanks to the permanent and non-permanent members of the UN Security Council and brotherly Arab countries, which acted with discernment and responsibility in a constructive and friendly spirit to achieve the adoption of a resolution that allows for the serene pursuit of the UN action in this issue,” said the Foreign Ministry.

The statement was alluding to Egypt and more particularly to France and Spain, which made sure that the US draft resolution, in its first version, was modified.

In this context, the Foreign Ministry’s statement recalled that King Mohammed VI had denounced, in his speech during the historic first Morocco-GCC Summit in Riyadh (April 20, 2016) the insincerity of some who show you expressions of friendship and alliance on the one hand, and stab you in the back, on the other.

The Sovereign who had denounced the continuing plots against Morocco’s territorial integrity had pointed out that “the month of April, which coincides with the Security Council meetings on the Sahara issue, has become a bogeyman used against Morocco and a tool to exert pressure on my country at times, and blackmail it at others.”

In its statement, the Foreign Ministry also said that Morocco welcomed the Security Council vote renewing the MINURSO mandate for a year till April 30, 2017 because it reiterated the fundamental parameters of the negotiations, based on “realism and a spirit of compromise” to reach “a just, lasting and mutually acceptable political solution to the conflict.”

This year’s UN Security Council resolution again took note of the Moroccan proposal presented on 11 April 2007 to the UN Secretary General and the serious and credible efforts made by Morocco to move the process forward towards resolution.

The resolution also recognized that achieving a political solution to this long-standing dispute and enhanced cooperation between the Member States of the Maghreb Arab Union would contribute to stability and security in the Sahel region.