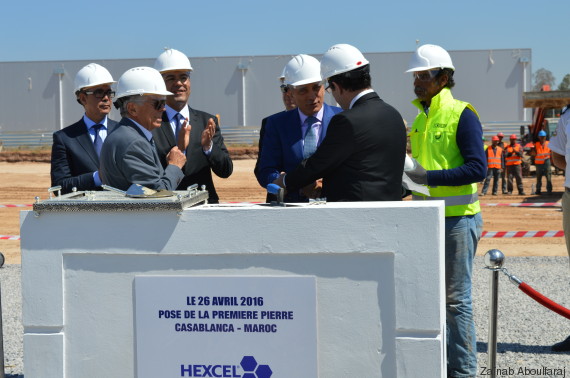 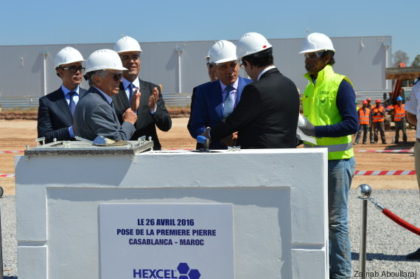 When fully operational in 2017, the facility will convert HexWeb® honeycomb materials into engineered core parts that are used for structural reinforcement and light weighting in aerospace applications, including aircraft structures, engine nacelles and helicopter blades. In the interim, Hexcel will occupy a temporary facility on the Midparc site that will begin operating in Q4 2016, the group said in a press release.

The Casablanca facility is expected to employ more than 200 people by 2020. It is part of Hexcel’s ongoing worldwide investment to create a diversified and robust global supply chain to support aerospace customers’ growing demand for engineered core. In recent years, Hexcel has increased capacity at existing plants to support its engineered core business and plans further expansions to capture additional opportunities in a global market with excellent growth potential.

Hexcel Vice President and General Manager, Thierry Merlot, said at the breaking ground ceremony that “Morocco’s forward-looking industrial policy, economic growth plan and the establishment of industrial free trade zones influenced our choice of location.” “Morocco has a highly skilled, competitive workforce, is well situated geographically, and has a quality infrastructure — all of which are key logistical criteria for our industry,” he said, adding that “other deciding factors were the local Mohammed V international airport and the close proximity of several Hexcel customers including Safran (Aircelle,) Airbus (STELIA,) Daher, and Bombardier.”

“Hexcel’s new plant will be close to our own Safran (Aircelle) plant that we opened in 2005, and having a supplier at such close proximity will create a very efficient supply chain that will benefit both of our companies and the aerospace industry more generally, not only in Morocco but around the world,” Jean-Jacques Orsini said.

Moroccan Minister of Industry, Moulay Hafid Elalamy hailed the arrival of the American company saying that the new facility to produce an important material in aeronautics will surely encourage other companies to set up their aircraft producing plants in Morocco.