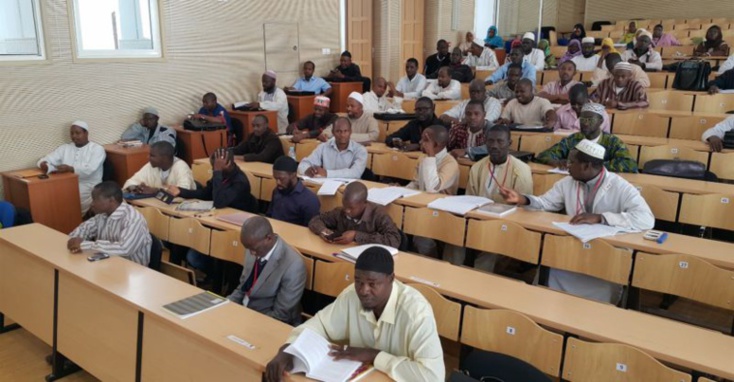 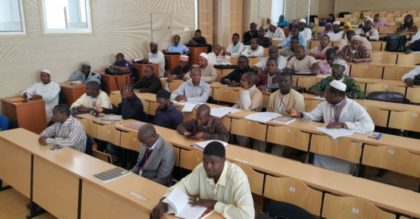 A visiting delegation of French Senators Monday lauded the Mohammed VI Institute for Imams’ training as a role-model centre for collective peace.

The delegation which is on an information mission to get informed on the Moroccan experience in the training of religious officers, preachers, Imams and counsellors, visited Monday afternoon the Rabat-based Mohammed VI Institute for Imams Training.

The delegation members said they were impressed by the role and mission played by this institution and wished that more French imams would benefit from the training cycle provided by the center.

The delegation members, led by Corinne Feret, chairwoman of the Information Mission on the organization, place and funding of Islam in France, met with French as well as African students involved in the peace building program sponsored entirely by Morocco.

The senators hailed Morocco for its efforts to preach a moderate Islam, deeming the Moroccan experience worth replicating in other places around the world.

Senator Corinne Féret said in a statement to MAP that “this magnificent Training Institute stands out as a very interesting and inspiring model as it offers future imams both religious and professional training to enable them to have the necessary skills to perform their job right at the end of their training.”

She said further that cohabitation between the 1,200 students from different countries sheds light on the centre’s approach of “vivre ensemble.”

Other members of the delegation, including Senator Nathalie Meriem Goulet and Senator André Reichardt, co-rapporteurs of the mission, praised Morocco for what they described as “a huge investment for the benefit of our collective security.” They underlined that the young African and French imams trained in this Institute will promote moderate Islam, peace, tolerance and the fight against extremism.

The Mohammed VI Institute awards scholarships to young Muslim men and women from around the world who enrol for training on moderate Islam and tolerance as upheld by the Maliki rite.

The Institute which is part of Morocco’s relentless efforts to promote moderate Islam as a means to counter extremism and fanaticism and to foster security and stability at home and beyond has been often hailed as a shield against radical Islamism as it seeks to inculcate in Imams the precepts of a tolerant and non-violent form of Islam and teach them how to fight extremism and religious radicalization through sound argumentation and dialog.

The importance of dialog was once again underlined by King Mohammed VI last week in the speech he delivered during the first Morocco-GCC summit held last week in Riyadh.

The King had then called on Islamic scholars from different jurisprudence schools and rites to engage in an in-depth dialogue to correct misrepresentations, convey the true image of Islam and uphold the tolerant values of this religion.

The King’s call mirrors the North African country’s deep conviction that the best war against terrorism is the war of ideas. Actually, explaining to would-be jihadists the true message of Islam, disseminating the doctrine of the “Islam of the middle path” and propagating a vision of religion based on tolerance, intercultural dialogue and respect of other faiths is the best means to counter fanatical propaganda.