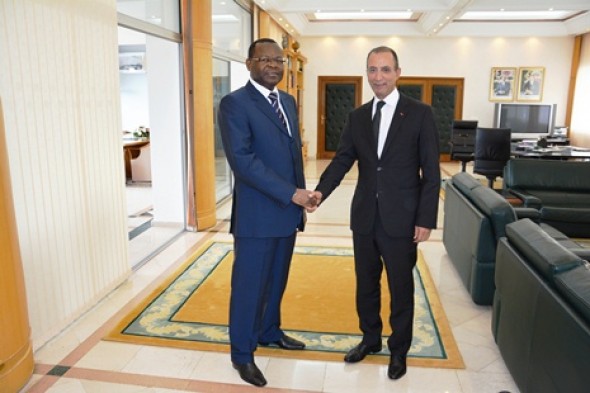 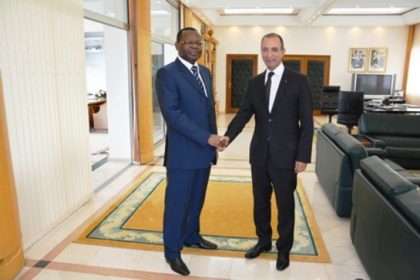 Ways of enhancing security and intelligence cooperation ties between Morocco and Gabon were reviewed Monday in Libreville at a meeting between president Ali Bongo Ondimba and Moroccan interior minister Mohamed Hassad.

The meeting was attended by Head of the Moroccan Intelligence agency Mohamed Yassine Mansouri and Head of Morocco’s secret services Abdellatif Hammouchi, who is also Chief of General Directorate of National Security (DGSN) and Gabon’s top security officials.

The visit of Hassad to Gabon comes few days after the trip made last Friday to Brussels at the invitation of Belgian peer Jan Jambon. The fight against terror, organized crime and illegal immigration were at the center of Moroccan-Belgian talks.

Following the breakthrough made by the Moroccan intelligence services which helped the French police to pinpoint the hideout of the terrorists responsible for the Paris deadly attacks, several European countries reached out to Morocco seeking assistance and cooperation in the fight against Islamic militants and extremists.

Spain, Belgium and other European countries have indeed stepped up their security cooperation with the North African kingdom following the Paris attacks, acknowledging that the Moroccan intelligence input was vital and helped foil further terror plots and save lives.

In Ivory Coast, which was targeted lately by Islamic terrorists, Moroccan intelligence services have also helped local security authorities to identify the mastermind of the March 13 massacre which left 19 dead.

Following the Grand-Bassam attacks, Morocco offered this African country intelligence assistance in investigations into the deadly terror act claimed by AQIM, Al-Qaida in the Islamic Maghreb.

In a phone call with President Alassan Ouattara, King Mohammed VI offered to send a team to support Ivorian authorities in the probe and later in the day a top Moroccan security delegation arrived in Abidjan.

According to a UN report, the Moroccan Intelligence is the most powerful intelligence agency in the Middle East and North Africa because of its ability to ensure national security and prevent terrorism.

The Moroccans are waging tireless war against Islamic extremists and fanatics as shown by the numerous Isis cells disrupted in the country.

According to newly set up Central Bureau of Judicial Investigation (BCIJ), dubbed Morocco’s FBI, nearly thirty deadly terror plots were foiled in the past year alone.

Such results are highly rated and recognized worldwide. Intelligence sharing combined with regional and international cooperation are the key of success in the field.

At a time a growing number of European and African countries are reaching out to Moroccans to benefit from their security experience, their Algerian neighbors are unfortunately still ducking and snubbing.