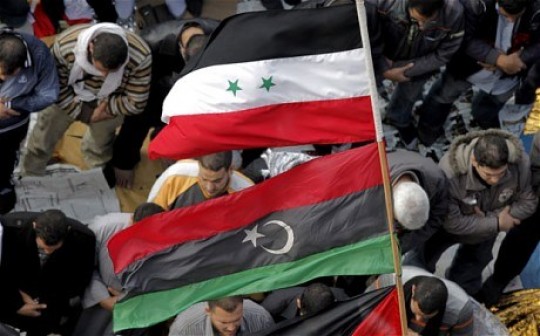 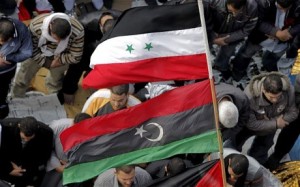 The new Libyan leaders, who ousted Muammar Gaddafi, have granted over $ 20 million to the Syrian opposition and rebels fighting the tyrannical regime of Bachar Al Assad and his repressive forces.
A financial statement released by the Syrian National Council (SNC) and posted in its Web site shows that the Libyan government, which itself is experiencing a difficult transition, has contributed $ 20.3 million of the $40.4 million collected by the Syrian opposition.
The six-page detailed financial document also shows that Qatar has given the Syrian fighters  $15 million, becoming the second major aid donor and supporter of the Syrian rebellion, ahead of the United Arab Emirates with a $5 million contribution.
According to the SNC’s financial office, about 89 pc of the money received from three Arab donor countries was spent on relief aid and 11 pc was used for operational and communications expenses.
Part of the money collected has been devoted to aiding Syrians inside the country or refugees in neighboring countries, stresses the financial statement, noting that the SNC has currently about $10.7 million in cash deposited in a bank account.
The release of the SNC financial operations and budget is seen as a transparency move by the organization to honor its international commitment towards friends of Syria. It also comes as the SNC is facing growing international pressure to include a more broad-based body of the Syrian opposition.
Last week, U.S. Secretary of State Hillary Rodham Clinton called for a new body to better represent groups on the ground inside Syria. The SNC is expected to meet in the few coming days in Doha to renew & restructure its bodies and broaden its base.