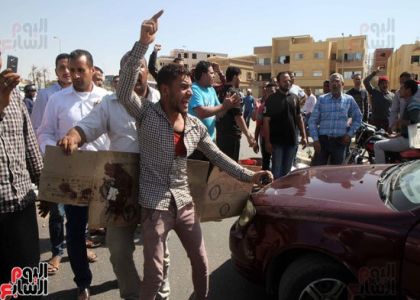 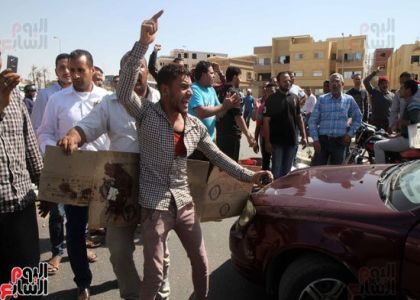 A group of workers at Rehab city, a district of New Cairo city Tuesday blocked roads at the city entrance, in protest to the killing of a street vendor by a police officer over the price of a cup of tea.

A police officer killed a street vendor selling hot drinks at Rehab city over the price of a cup of tea. He also wounded two other vendors, before being arrested, reports say.

Investigation into the incident revealed that the policeman refused to pay money for the cup of tea and when a quarrel erupted between them, the policeman opened fire, killing the man. According to local reports, two other officers were present at the scene.

Some workers and relatives of the victims blocked roads causing traffic-jam and chanted slogans against the interior ministry.

Police forces managed to disperse the angry mob and cleared the roads.

The incident is reminiscent of the killing by a police officer of a young taxi driver after they quarreled over the fare. The incident created a public outrage pushing President al-Sisi to call for new legislation punishing any law enforcement agents’ misconduct.

Relatedly, Cairo-based “The Cairo Post” reported that a police officer was sentenced Monday to seven years in prison and five other police watchdogs were sentenced to five years over killing a civilian and possessing drugs in Giza’s al-Saf city.

In separate reports, six police officers were killed Tuesday in the town of Sheikh Zuwaid in the Sinai Peninsula and 12 others were injured in the propelled grenade attack launched by militants.

The interior ministry issued a counter report saying only 3 officers were killed, with 8 injured in the attack.

Locals told media that army launched retaliation air raids on Tuesday morning in the town to flash out militants who initiated the attack.

IS affiliate group in the Sinai has become a headache to the army and security forces which have suffered several attacks from the group which, according official accounts, has killed more than 500 security personnel. The militant group has stepped up attacks against army and police forces since 2013, after Islamist President Mohamed Morsi was toppled in a coup led by the current President.