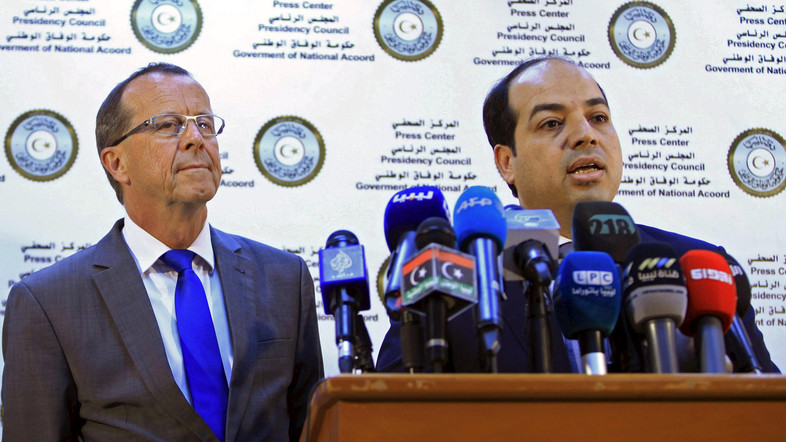 UNSMIL Returns to Libya, HoR Due to Endorse GNA 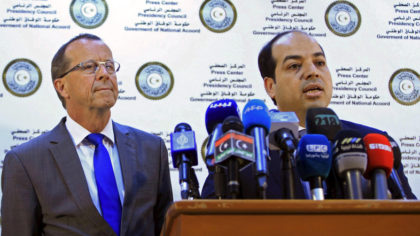 The UN Special Mission for Libya (UNSMIL) has returned to the North African country and is due to assist Monday Libyan lawmakers in the House of the Representatives (HoR) to give a vote of confidence to the unity government which has conquered six ministries in the Libyan capital Tripoli.

Martin Kobler on a visit in Tripoli on Sunday indicated that his organization had returned to Libya and will be working permanently with the UN-backed Government of National Accord (GNA) so that it asserts its power and overcomes challenges on top of which eradication of IS which is threatening the country’s security.

“The UN staff will be in Tripoli five days a week… I am not visiting Tripoli any more, I am working out of Tripoli,” Kobler said at a joint news conference with Ahmed Maiteeq, deputy head of the UN-backed unity government.

The UNSMIL like most foreign missions had packed out of Tripoli in 2014 after insecurity became the order of the day. Its return comes as other missions namely French, Spanish, British, Italian announced over the past few days their coming back in a near future as the GNA gradually continues to seize more power after it won the support of most militias formerly opposed to it.

Speaking at a joint press conference with Kobler, Maiteeq announced that the GNA has taken control of several ministries and officials will from Monday start operating three ministries, namely the ministries of social affairs, youth and sports, and housing and public works, regardless of the results of the vote of confidence.

The HoR is expected to meet Monday to conduct a vote of confidence in the Faiez Serraj-led unity government after failing to back it due to divisions and reluctance to give up power to the government of consensus.

Reports say three items have been set for discussion during the Monday Tobruk crucial meet: backing for the GNA, amendment to the 2011 Transitional Constitutional Declaration and a statement to condemn the EU sanctions against HoR president Ageela Saleh.

Kobler also told reporters he would be in Tobruk on Monday to try to convince HoR lawmakers to lend their backing to the GNA so that the UN-brokered political process gets on track.

GNA members are also very much looking forward to Monday’s vote of confidence which according to Maiteeq “will save the Libyan people from many problems”.