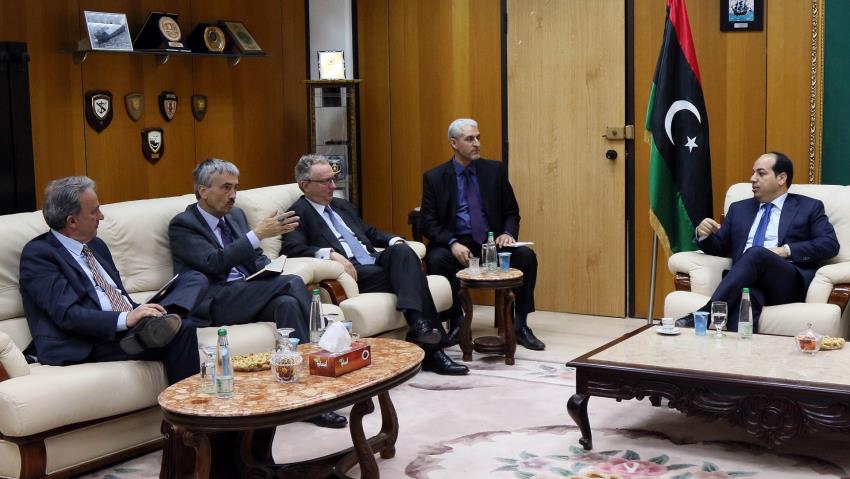 Libya: European Ambassadors Returning to Tripoli as GNA Seats Down 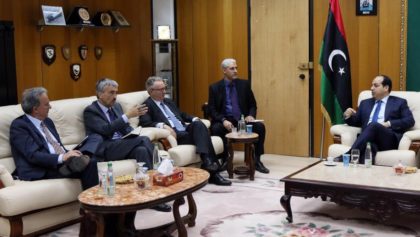 French, Spanish and British ambassadors visited Tripoli Thursday in a show of support and announced return of their respective missions in the Libyan capital wherefrom they pulled out in 2014 as insecurity engulfed the city.

Antoine Sivan, Peter Millet and Antonio Bordallo, respectively French, British and Spanish envoys to Libya arrived in Tripoli to meet with the Government of National Accord (GNA) in the Tripoli naval base where it has established its temporary offices until it gets full control of the Libyan capital.

France, Britain, Spain and other countries closed their missions in the Libyan capital in 2014 as insecurity was raging with attacks and abduction of foreign workers.

Speaking at a joint press conference the three envoys reiterated their support to the UN-backed unity government brokered in December after lengthy and difficult talks. The three ambassadors also announced the return of their staff.

“Our goal is to achieve security and stability in Libya, and we look forward to returning to Tripoli to open the British embassy again,” said Peter Millet, in Arabic.

Of the Thursday visit, Paris indicated that it underlined France’s readiness and support to the Serraj-led unity government in its struggle to address the numerous challenges awaiting it after several years of chaos dominated by IS’s foothold in the oil-rich North African country.

“The unity government must exercise its authority over all (Libya’s) administrations and financial institutions,” said Romain Nadal; spokesman for France’s Foreign Ministry.

Prior to the three envoys’ visit, Italy’s Foreign Minister Paolo Gentiloni was in Tripoli on Tuesday to lend support to the unity government. He had said embassies would be reopened in “the near future.”

In another development, Ageela Salah, President of Libya’s internationally recognized legislature known as the House of Representatives (HoR) instructed the head of Central Bank of Libya (CBL) based in Beida to continue dealing with Libya’s interim government based in the Eastern town of Beida until the unity government is installed in power by the HoR.

Libya has had two CBLs with a second established in Tripoli servicing the unauthorized Tripoli-based government. The Tripoli-based CBL early this month paid allegiance to Faiez Serraj’s unity government and pledged collaboration.

Salah, whose HoR has been expected to endorse the GNA as per the Libyan Political Agreement signed in December, has been blacklisted as an impediment factor of the political process by the EU which last month imposed sanctions on him along with Khalifa Ghweil and Nouri Abusahmain, respectively head of the Tripoli rump administration and President of GNC; rival parliament to HoR.