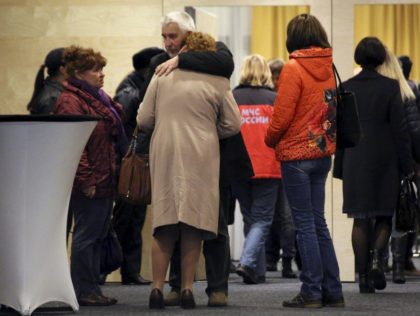 Russian President Thursday said air traffic between Egypt and Russia will not resume unless Egyptian authorities agree to enhance security at airports.

Russian authorities halted air links between Russian and Egypt in October after Russian Metrojet Flight, taking off from Egypt’s Sharm el-Sheikh airport was downed by IS local franchise in the Sinai.

Egyptian authorities in March announced they had met security requirements demanded by western security experts and the country’s Foreign Minister flew to Moscow to canvass for the restoration of flights.

Egyptians authorities’ hopes would be shattered weeks later after a man known as Seif Eldin Mustafa; an Egyptian-American dual citizen wearing a fake bomb belt hijacked an EgyptAir Airbus with 62 passengers onboard and forced it to land in Cyprus at Larnaca airport on March 29.

The incident prompted Russian authorities to reconsider their decision to normalize flights with Egypt.

Russian President Thursday added that Egyptian authorities must agree on enhanced airport security checks to make it safe for the Russians to travel to Egypt.

In related reports, the Egyptian top public prosecutor Ahmed Sadeq reportedly on Thursday said he had referred the case of the Russian airplane that crashed in Sinai to State Security prosecutors to look into suspicions that criminal activity brought it down.

Egypt had initially denied the plane was brought down in an act of terrorism after western and Russian experts concluded that a bomb hidden in the plane caused the plane to burst in the air before falling apart on the ground.