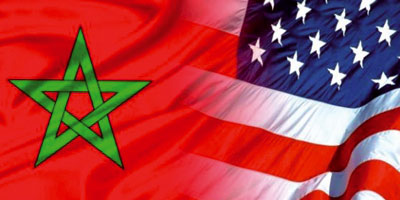 Hundreds of Moroccan and American business people are meeting in the Moroccan capital as of this Tuesday to participate in the Business Development Conference, established to foster economic exchanges between the two countries.

This private sector complement to the third Morocco-US Strategic Dialogue, launched since 2012, will focus on renewable energy, manufacturing, automotive industry and doing business with Africa, all areas in which Morocco is both a regional and international leader.

This year’s program is designed around the reality that better information and direct contact with potential partners will greatly encourage trade and investment decision-making, said Jean R. AbiNader, Executive Director of the Moroccan American Trade and Investment Center.

“From an American company perspective, Morocco’s diverse business community and environment are key attractions for doing business. From start-ups, to SMEs in the supply chains in the industrial sectors, to large multinationals based in the industrial estates that dot Morocco’s business and technology parks, there are potential partners in both scale of business and company specialization,” stated Jean R. AbiNader in a recent press release announcing the event.

The plenary sessions, panel discussions, and presentations by companies operating in Morocco will give participants ample opportunity to meet with their counterparts and gain insights into how their companies can take advantage of Morocco’s geography, skilled human resources, and government incentives to do business across a range of opportunities.

Whether for export to the EU, Middle East, and Africa, or for importing innovation technology for water and energy management, enhanced agricultural production, or supporting the industrial estates, Morocco is a welcoming host for US companies, MATIC Director said, adding that Morocco is the only country in Africa with a Free Trade Agreement with the US and has a business center, the Casablanca Finance City Authority, dedicated to promoting trade and investment with Africa.

This is not the first time that the United States commends Morocco’s growing role as a vital gateway to Africa, as the North African country stands among the top African nations investing in African countries.

The conference features B2B meetings between Moroccan and US operators and site visits mainly to several industrial zones beaming with great investment potential, such as Tangier on the Atlantic coast that hosts the Tanger-Med Port, the new leader in transportation and logistics facilitation in the region, as well as Tanger Automotive City and other sites in the north.

Those interested in renewable energies, in addition to meeting with companies in Rabat, will have the opportunity to visit the Ouarzazate Noor 1 CSP Solar facility, the largest in Africa.

A number of big American company names including Ford, General Motors, Kosmos Energy, Chevron, and General Electric are taking part in the conference. Some US officials on top of whom the US Assistant Secretary of commerce for Industry and Analysis, Marcus Jadotte, are also attending the conference.

The Strategic Dialogue between the United States and Morocco was launched in September 2012 as a mechanism to strengthen bilateral cooperation and advance policies and programs throughout the region and elsewhere where both nations share common values, goals, and interests.