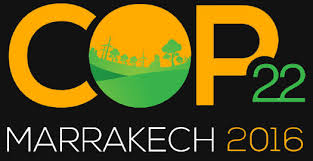 Several stakeholders, including the European Union, the United Nations Development Program (UNDP) and the International Fund for Agricultural Development (IFAD) among others have committed to extend Morocco millions of Euros as a contribution to the organization of the World Climate Conference (COP22,) to be hosted by the Kingdom in Marrakech next November.

The pledges were made Monday at a meeting held in Rabat by the Ministry of Economy and Finance in cooperation with the COP22 steering committee.

The EU announced it will provide €7 million, €2 million immediately and an additional €5 million later on as negotiations are still underway to mobilize the sum, the UNDP will provide €2 million, while IFAD’s contribution will amount to €450,000.

During the meeting, Morocco called for mobilizing the necessary funds to ensure the success of the upcoming global event, which is, as Put by Minister of Economy and Finance, Mohamed Boussaid, not a Morocco’ event but an event of all the countries of the world.

All the participants, including delegates of diplomatic missions in Morocco and of donor countries and organizations, such as the World Bank, the International Monetary Fund, the African Development Bank, the European Investment Bank, the USAID, the Islamic Development Bank and other institutions have expressed readiness to help organizing the COP22.

The organization of COP22 will cost some €100 million.

During the meeting, the Steering Committee announced that the Headquarters Agreement between the United Nations and Morocco will be concluded by mid-May in Bonn.

The Committee also said that the contract for the construction of the COP22 Bab Ighli village, which will have daily peaks of 25,000 to 30,000 visitors, will be formalized this week with Capital Event group.

The company to monitor the event technical aspects will also be officially designated this week, said the Steering Committee which announced the launch of its website, logo, and the official inauguration of its headquarters in Rabat.

COP22 is to launch on April 22 a petition for the enforcement of the COP21 agreement.

The petition will be launched in New York with the start of the ratification of the Paris agreement, according to the organizing committee. The agreement will enter into force after it is ratified by 55 countries, including 55% which emit greenhouse gases.

The Rabat meeting was preceded last week by a coordination meeting that gathered in Paris the presidents of COP21 and COP22, namely France’s Minister of Ecology, Energy and Sustainable Development, Segolene Royal, and Morocco’s Foreign Minister, Salaheddine Mezouar.