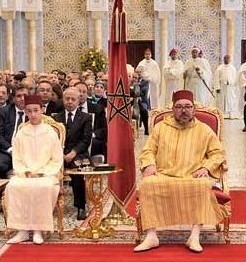 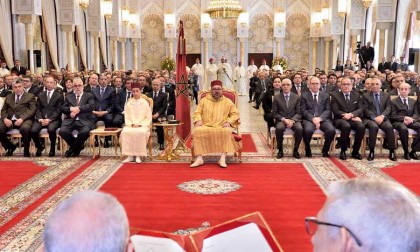 The project, meant to consolidate the positioning of the Moroccan automotive sector on the world chessboard, requires an investment of about $1.0 billion and will develop a global supply platform for the manufacturer.

The sovereign presided on this occasion over the signing ceremony of three conventions related to the new Renault Ecosystem project, to industrial land and to vocational training in the automotive sector.

The project “will generate a $2.0 billion additional turnover per year, multiply by three folds the amount of purchases by Renault of parts manufactured in Morocco,” said Moulay Hafid Elalamy, Minister of Industry and architect of the industrial acceleration plan launched in April 2014.

The project will also create 50,000 new permanent jobs, tripling thus the number of jobs generated by Renault in the North African country.

The Renault ecosystem will achieve a local integration rate of 65 pc. “With this integration rate, we will reach the size needed and long awaited by many OEMs wishing to operate in Morocco,” the minister said.

The rapid development of Renault group in Morocco was possible thanks to the stability of the Kingdom, its attractiveness and good governance, he said.

In 2015, Renault group produced 2.8 million vehicles worldwide. Out of this total, 288,000 vehicles were manufactured in Morocco. 256,500 Morocco-made units were exported to more than 20 European and Arab countries. During the same year, the car manufacturer produced 662,289 vehicles in France and 468,000 in Spain.

Bernard Cambier, Director of Operations of the group for the Africa-India-Middle East Region, hailed the Sovereign’s vision which, he said, made it possible for Morocco to score such a rapid industrialization. He mentioned in this vein the major development and infrastructure projects achieved under theleadership, such as the Tangiers-Med port. “The Renault group is happy and proud to have been associated as a partner in this development,” he said.

For all the stakeholders in the Renault Ecosystem, the development prospects are very important; they are based on the dynamics of the Moroccan market and exports growth and also on the development of the Spain-based Renault and Nissan plants that produce bestselling vehicles, Bernard Cambier said.

The development prospects in sub-Saharan Africa can offer some great opportunities for the tangier-based Renault plant, in addition to the expansion of other sectors such as spare parts and toolmaking industry, engineering at competitive costs and equipment supply, he said.