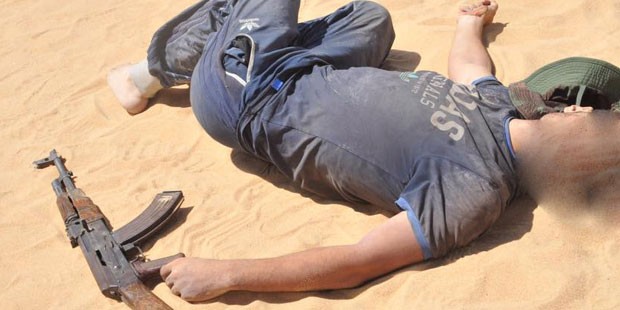 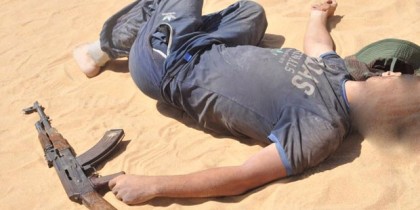 The Third Field Army killed two alleged terrorists in two separate incidents, in central Sinai while a top security official has been injured in a roadside bomb attack in the northern part of the restive peninsula, it was officially announced on Wednesday.

One of the “terrorists” was killed in Wady Gerba after hurling a hand grenade against a patrol while the other was killed in firefight in Khreza area, according to the Egyptian statement.

Meanwhile a separate report indicates that Assistant Security Director of North Sinai Yasser Hafez was admitted to hospital after suffering injuries in a roadside bomb attack that hit his armored vehicle in Arish.

The reports say a bomb was detonated from distance while the officer’s patrol was passing on Arish-Qantara Road.

Security forces were deployed at the scene to uncover the perpetrators, Egyptian media “The Cairo Post says.

Egyptian forces have been on the alert and in a state of war since the overthrow of Islamist President Mohamed Morsi in 2013. Islamists have staged open-ended attacks against regular forces in counter-reaction to the toppling of Morsi and crackdown on his supporters.

Last month, 18 police officers were killed in Arish city after a mortar shell hit their check-point. IS claimed responsibility for the attack which is so far the worst attack against police forces in the city.

In face of the increasing number of attacks against regular forces and the significant improvement of IS attacks in the Sinai, the Obama administration is according to reports considering pulling out US troops stationed in the Sinai to supervise border between Egypt and Israel.