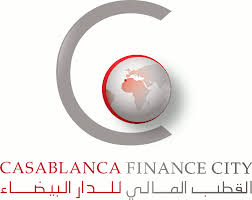 Casablanca Finance City has outstripped Johannesburg and Mauritius to become the leading financial center in Africa as it topped the continent’s ranking established by the Global Financial Centers Index (GFCI.)

At the global level, CFC stands on the 33rd position of the ranking established by GFCI which ranks financial centers according to one main criteria: their competitiveness. It draws on two separate sources of data – instrumental factors (external indices) and responses to an online survey by financial services professionals. 105 factors are used among which those of the World Bank, the World Economic Forum and the United Nations.

Nearly five years after its inception, the pan African financial center based in Casablanca succeeded in establishing itself in the financial landscape at both continental and international level.

Since its launch, CFC attracted more than a hundred leading multinationals, which choose Casablanca as a platform for their African development. These include the American companies Ford and AIG, the Bank of China, BNP Paribas, Abraaj and the Boston Consulting Group.

At a global level, London holds the first position in the 2016 ranking, ahead of New York, Singapore and Hong Kong. Tokyo, Zurich, Sans Francisco and Toronto are also in the top ten.