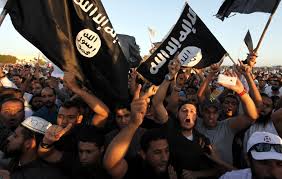 Libya’s Friends Need to be Ready for Intervention “if GNA Asks for Help,” France

France’s Foreign Minister Jean Marc Ayrault Friday urged Libya’s friends to be ready for intervention even militarily if the Government of National Accord (GNA) calls for such intervention.

“Libya is a concern shared by all the countries of the region and beyond,” Ayrault told a French newspaper.

“The chaos which prevails there today aids the rapid development of terrorism. It is a direct threat to the region and to Europe,” he added.

For the French top diplomat, the unity government cannot fully assume power in Libya if terrorist groups, chiefly IS, still control Libya. IS is establishing its new base in the North African country as it is being defeated in Iraq and Syria.

“We must be prepared to respond if the national unity government of (prime minister-designate Fayez) al-Sarraj asks for help, including on the military front,” Ayrault said.

Meanwhile the GNA and its Head Serraj are basking in mounting support of Libyans. After receiving the backing of 10 key Libyan coastal cities as well as all Tripoli municipalities, Prime Minister-designate Serraj took a walk at Tripoli’s Martyr square where he was greeted by people chanting bye bye to former Tripoli-based Administration Prime Minister Khalifa Ghwell.

Serraj arrived by sea in Tripoli on Wednesday flanked by some of his close collaborators of the Presidency Council. He has established a temporary headquarters at Bu Sitta naval base.

Libya slid into chaos following the overthrow and killing of Muammar Gaddafi in 2011 in a NATO-backed revolution.

The United Nations snatched in December, after lengthy peace talks in Morocco, a peace agreement between rival camps which accepted to form a unity government. These camps later on dodged to endorse the government formed by Serraj.