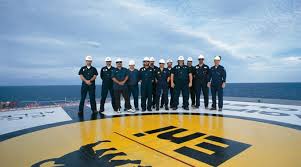 Italian multinational oil and gas company Eni has sealed a Farm-Out Agreement with Chariot Oil & Gas, which enabled Eni to get operatorship and a 40 pc stake in the Rabat Deep Offshore exploration permits I-VI, Morocco’s offshore.

The deal, which still needs approval of the Moroccan authorities, allows Eni to operate in an area of 10,780 square kilometers, with a water depth ranging from 150m to 3,500m so far unexplored and with the prospect of finding liquid hydrocarbons.

At completion of the agreement the license will include: Eni (Operator, 40 pc), Woodside (25 pc), Chariot (10 pc) and the Office National des Hydrocarbures et des Mines (25 pc).

Eni says the Moroccan deal will enable the company to expand its presence in the Atlantic Margin of an important region such as North Africa, in line with its strategy aimed at diversifying its exploration portfolio in basins with high hydrocarbons potential.

For its part, the London-based Chariot Oil & Gas says it is pleased to have signed this farm-out agreement with Eni as the future operator of the Rabat offshore (JP-1 prospect) site.

Based on this data, Netherland Sewell and Associates Inc. conducted an independent Competent Person’s Report that has estimated a gross mean prospective resource of 768 MMbbl for JP-1.