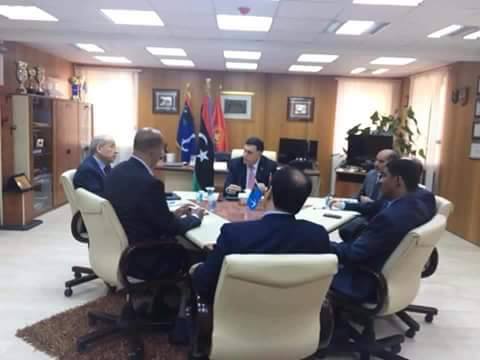 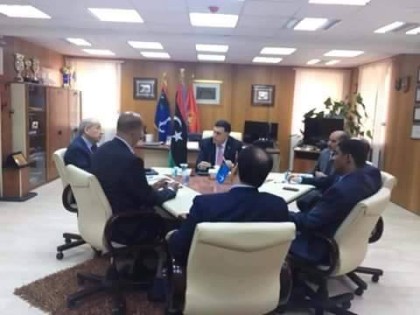 The Libyan Unity Government Thursday received backing from significant Libyan actors among whom leaders of 10 coastal cities that have joined Serraj-led Government of National Accord (GNA) which has established temporary headquarters in Tripoli after making a majestic entry in the Libyan capital held by Islamists since 2014.

This move comes as a blow to Tripoli self-imposed government led by Khalifa Ghweil which controls the cities.

The municipalities welcomed Serraj-led Council and urged other Libyans to league with the GNA. They also asked the internationally recognised government to “put an immediate end to all armed conflicts across Libya.”

Reports also indicate that Ajdabiya-based Petroleum Facilities Guard leader Ibrahim Jadhran has also sided with the GNA. Ali Al-Hassi, spokesman of Jadhran told “Libya Herald” Thursday that the armed group welcomed the GNA which had moved to Tripoli and promised to cooperate with it in boosting oil exports.

“We will work hardly to cooperate with a legitimate internationally recognized national body to stop the expansion of the terror organizations like IS and its threat to the Libyan resources,” he said.

The armed group securing the oil installations at Ras Lanuf, Sidra and Zuetina said it adopted a neutral position and did not want to take sides with Libya’s Thinni-led government in Beida and the Khalifa Ghwell administration in Tripoli.

“We saw that if we cooperated with one side and ignored the other that would lead to more splits” Hassi said before adding “that’s why we were waiting for one national legitimate body to work with.”

Serraj and some members of his cabinet who arrived Wednesday in Tripoli by sea through Bu Sitta naval base established a temporary cabinet headquarters and received scores of Libyan leaders as well as Tripoli’s militia leaders. Among Serraj’s guests was governor of the Libyan Central Bank Saddek Elkaber who resisted his sacking by Thinni-led government.

Reports also say he met with heads of all 13 Tripoli municipalities as well as the main Tripoli Council.

Meanwhile Khalifa Ghweil and other members of the Tripoli unrecognized administration have reportedly fled the Libyan capital. Ghwell is believed to have left Tripoli for Misrata his home town. Reports also point out his office has been taken over by members of the Presidency Council’s Temporary Security Committee.

Tensions have died down in Tripoli following Wednesday night clashes between rival factions. Shops and business have re-opened even though people are still wary about flammable situation.