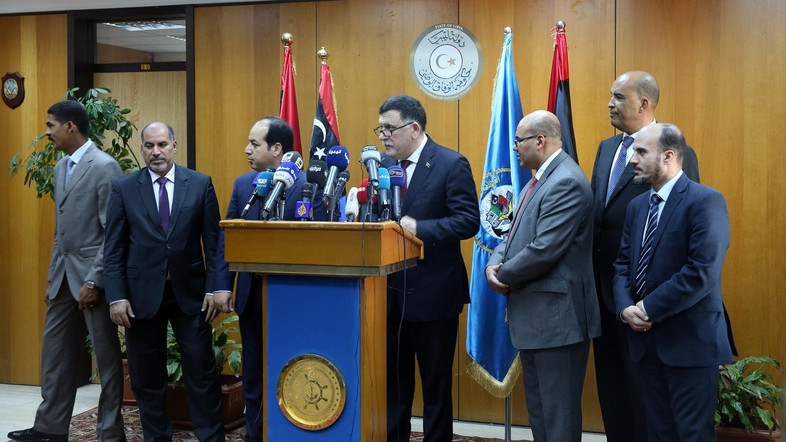 Libya: Serraj Asked to Leave upon Arrival in Tripoli, Clashes among Rival Factions 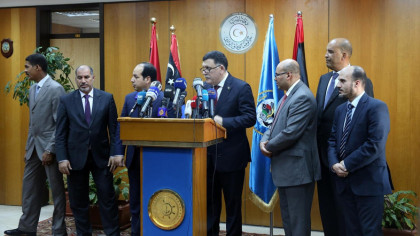 Tripoli-based administration’s Prime Minister Khalifa Ghweil issued, in an address few hours after Serraj’s bold arrival in the capital, warnings against the UN-backed Libyan Presidency Council that he called “illegal” while asking its leader Serraj to leave or “hand himself in.”

“Those who entered illegally and secretly must surrender or turn back,” Ghweil said.

“We won’t leave Tripoli as long as we are not sure of the fate of our homeland.”

Shortly after his address, forces loyal to his government were deployed in Tripoli’s streets in a bid to prevent control of the city by rival forces who pledged allegiance to Faiez Serraj’s unity government. Heavy gunshots were heard in the capital, according to press reports.

Residents were told to stay indoors and avoid windows. Clashes were reported between the Nawasi brigade that supports the Council, and armed opponents. Abdulrahman Taweel, a brigadier general reportedly in charge of Serraj’s Council’s security indicated that one Nawasi member was killed and three were wounded in the fighting.

Reports also point out that armed groups affiliated to Serraj’s Council stormed Al Nabaa TV station, an Islamist-backed channel which broadcast Ghweil’s address. The armed group put off the channel and broadcast a caption which read: “A number of youths and revolutionaries shut down the channel because it incited killing and sedition in Libya. Anyone who reopens the channel will face prosecution.”

Furthermore, Tripoli authorities announced Mitiga airport of Tripoli would remain closed as it was over the past two days, with all flights diverted to Misrata.

Prime Minister-designate Serraj arrived in Tripoli by sea through Abusita naval base, in central Tripoli, under tight security measures. In a hasty press conference he urged other factions to join him to heal divisions that have riddled Col. Muammar Gaddafi’s country for more than five years now.

“There are challenges ahead of us, including uniting Libyans and healing divisions,” he said.

“We will work for a ceasefire across Libya, for national reconciliation and the return of displaced people, and we will seek to confront the Islamic State,” he added.