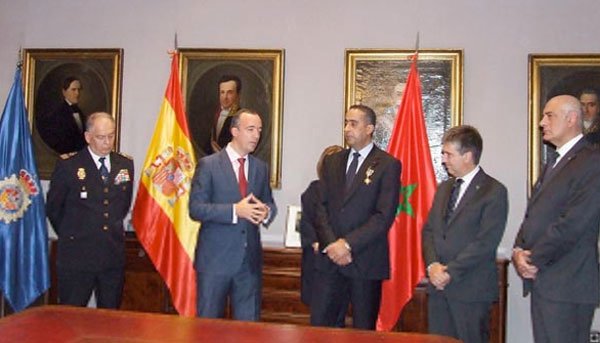 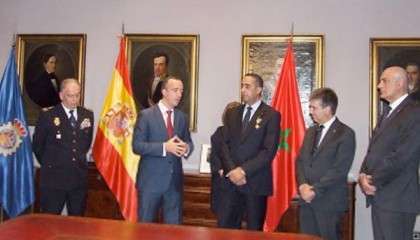 On this occasion, the Moroccan and Spanish officials praised the “excellent and exemplary cooperation ties” existing between the security services of the two countries thanks to the friendship binding King Mohammed VI and King Felipe VI.

In a joint statement released after the meeting, the two countries delegations expressed “great satisfaction” at the efficiency and positive results reached at the operational level particularly in the fight against terrorism and organized crime.

Regarding the fight against terrorism, the Moroccan and Spanish top security officials hailed the bilateral cooperation based on a sound sustained intelligence exchange and joint operations that led to the dismantling of many terrorist cells, including those that recruit and send foreign terrorist fighters to “hotbeds of tension”.

They also reviewed the efforts made in the fight against drug trafficking, underscoring the efficiency of the measures that helped to reduce drastically drug trafficking activities using small planes over the Strait of Gibraltar.

Regarding police cooperation, the two delegations renewed their satisfaction at the quality of cooperation set between the security services of both countries through Moroccan-Spanish police centers in Tangier and Algeciras, a cooperation which sets out a successful partnership model.

In matters of migration, both parties, fully aware of the growing scale of this issue, reiterated their determination to jointly work out a comprehensive approach integrating security, humanitarian and development components.

The Spanish Interior Minister hailed on this occasion the human approach of Morocco’s new migration policy which combines the regularization with integration of migrants, in addition to the protection of vulnerable people.

The Moroccan and Spanish security officials also tackled the security challenges facing the Mediterranean region and terror threats in Sahel. They agreed to enhance regional cooperation and collective action to counter growing terror danger.
The Moroccan delegation visited the Complex of Spanish national police of Canillas and the Headquarters of General Directorate of Civil Guard wherein Interior Minister Mohamed Hassad was decorated with “Grand Cross of Merit” medal in recognition for his efforts to foster friendship and cooperation ties between Morocco and Spain.