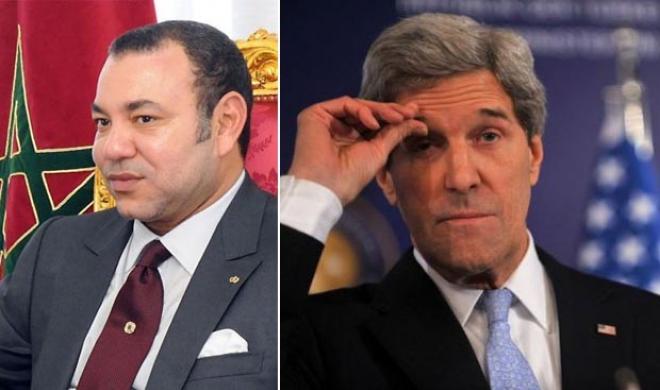 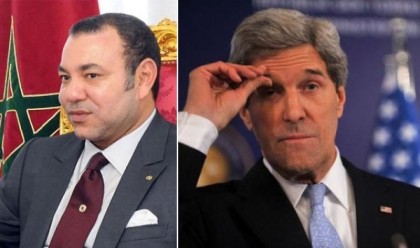 US Secretary of State John Kerry has reaffirmed, in a phone talk with King Mohammed VI, that Washington’s standpoint on the Sahara issue remains unchanged.

The Royal Office actually announced that King Mohammed VI has had on Wednesday talks over the phone with US Secretary of State John Kerry and that the talks mainly dealt with the Sahara issue.

The Secretary of State assured the Moroccan Sovereign that the United States’ position on the Sahara “remains unchanged” and “falls within the framework adopted jointly by King Mohammed VI and President Barack Obama in November 2013 in Washington,” says the statement of the Royal Office.

John Kerry also told the King that “dialogue between the two countries would continue until a final solution to this regional dispute is reached, on this basis,” says the statement.

This is not the first time in the past few days that Washington renews support to Morocco’s position and to the autonomy initiative it proposed to settle the Sahara conflict.

Amidst the dispute between Moroccan authorities and the United Nations Secretary General following the latter’s blunders when referring to Morocco’s presence in the Sahara, the US mission to the United Nations issued in New York last week a statement renewing Washington’s support to the Moroccan autonomy initiative saying “we consider the Moroccan Autonomy Plan as serious, realistic and credible” and “we think that this initiative is a potential approach likely to fulfil the aspirations of the Western Sahara people to run their own affairs in peace and dignity.”

The same unchanged position was reiterated in Rabat by the US Ambassador to Morocco, Dwight L. Bush, who said that Washington is very concerned over the turn of events between the UNSG and Morocco and wants to help solve this problem.

Diplomatic sources from New York also announced that the United States will submit to the Security Council over the few coming days a draft declaration on the dispute between the UN Secretary General and Moroccan authorities.