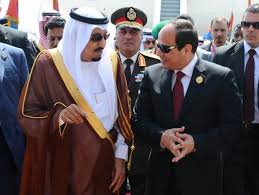 The new amount, donated by the Saudi Development Fund, will finance the building of a university, 26 residential complexes, hospitals and schools.

Egypt will also negotiate with Saudi patrons a $120 million for the upgrading of Qasr El-Ainy hospital.

The Sinai Peninsula is home for IS-affiliate militants who have entered war with Egyptian security forces following the overthrow of Islamist President Mohamed Morsi.

Repeated clashes between regular forces and militants have claims lives of thousands of people in the restive territory. More than 500 soldiers have been killed since the uproar according to official figures while thousands militants have been also reportedly killed.

Death toll of the week-end attack against a police check-point near North Sinai provincial capital of El-Arish has risen to 15. Officials initially said 13 people were slain in the attack.

IS claimed responsibility for the attack which, according to a statement of the terrorist group, was perpetrated by suicide bomber who blew up a car at a police check-point.

Since the beginning of the insurgency, Egyptian authorities have declared state of emergency in the Sinai and have run sweeping crackdown on Islamists including Muslim Brotherhood organization and its top figures. Some members have fled the country while thousands including Morsi have been brought before justice and handed heavy sentences, including the death penalty.

Ties between Saudi Arabia and Egypt have been in full swing following Morsi’s overthrow. Egypt has become a close ally and has participated in a recent military drill in Saudi Arabia which gathered several Sunni-dominated Muslim countries.