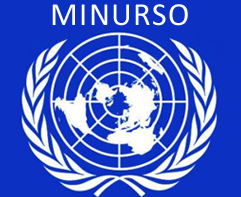 Rabat started as of Wednesday implementing the measures it announced the previous day in response to the “outrageous behavior” and “inappropriate” remarks made lately by the UN Secretary-General Ban Ki-moon on the Sahara issue.

Morocco which had decided to significantly scale down its participation in the civilian component of MINURSO, particularly in the political section, presented to the UN General Secretariat the list of persons to be withdrawn from the UN mission mandated to supervise the cease-fire in the Sahara.

The announcement was made by the Moroccan foreign Ministry in a statement released Wednesday evening.

‘Morocco’s Permanent Mission in New York handed today (Wednesday) to the United Nations Secretariat General the list of persons concerned by the significant reduction of the civilian component of MINURSO, particularly the political one,” says the statement, adding that the staff’s actual withdrawal is to intervene in the days to come.

“Moreover, concrete measures concerning the cancellation of Morocco’s voluntary contribution to the MINURSO functioning were taken today, ” the statement said.

Part of the measures officially announced on Tuesday, the Moroccan Government said it is also considering the withdrawal of Moroccan blue helmets engaged in peacekeeping operations and “reserves the legitimate right to resort to other measures that may be required, to defend, in strict line with the UN Charter, its supreme interests, sovereignty and integrity territorial.”

Tension between Morocco and the UN Secretary General has been mounting since Ban Ki-moon made inappropriate and biased remarks during his recent visit in Algeria and in the Tindouf camps.