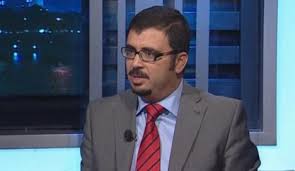 Government spokesman Tuesday wished for the return of former and ousted President Ben Ali, currently living in exile in Saudi Arabia, causing much outcry and consternation among Tunisians.

In an interview with a local radio, spokesman for the government Khaled Chouket campaigned for the return of the former President, ousted in 2011 following a revolution.

For Choucket, Tunisians must be able to forgive Ben Ali to enable him return to his country for the sake of reconciliation.

“I am for clemency. Tunisians can only march towards progress through reconciliation and forgiveness,” Chouket said.

His comments have caused waves in Tunisia. However, it is not the first time the minister has been at the centre of a controversy. In January, at the heat of social riots, he announced that the Government would employ 5,000 youth at Kasserine, the epicentre of the riots.

The announcement further added oil to fire prompting the Minister of Finance Slim Chaker to go public to explain it was a communication blunder.