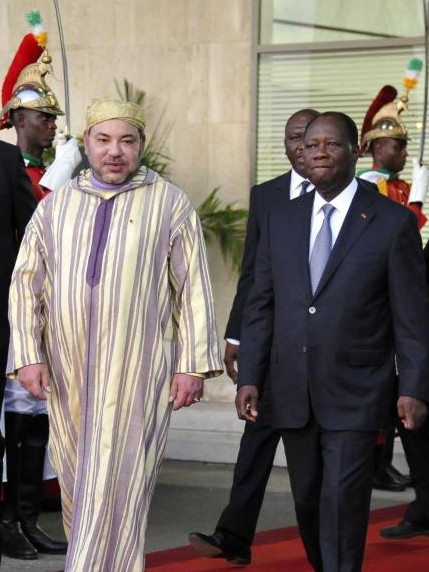 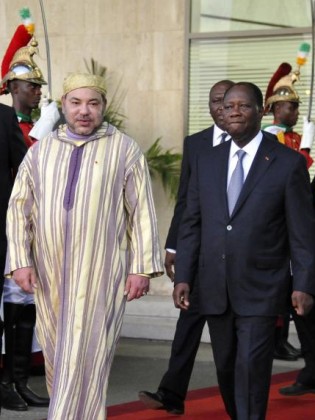 King Mohammed VI of Morocco has condemned in the most vigorous terms the simultaneous terror attacks that targeted Sunday the Ivorian seaside resort of Grand Bassam.

The King sent a message of condolences to President Alassane Ouattara and also talked to him over the phone.

According to a statement released by the Royal Office Sunday evening, King Mohammed VI “condemned in the strongest terms these heinous acts of terrorism and assured President Ouattara of Morocco’s total solidarity and firm support to the Ivorian brotherly people.”

During the phone talk, King Mohammed VI proposed sending to Côte d’Ivoire a team from the Central Office of Judicial Investigation (BCIJ) “to accompany and support Ivorian authorities in their investigations on the terrorist acts,” said the statement adding that the Ivorian President “welcomed” the proposal.

On Monday, Interior Minister Mohamed Hassad and Head of Morocco’s internal intelligence service Abdellatif Hammouchi who is also Chief of General Directorate of National Security (DGSN,) accompanied by a BCIJ team, flew to Abidjan to express support to the West African country and assist Ivorian authorities in the investigations.

Immediately after arrival, the two top security officials were received by President Alassan Ouattara and held, later on, meetings with their Ivorian peers.

Other world leaders have condemned the heinous terrorist attack and France announced that its Ministers of Foreign Affairs and of the Interior, Jean-Marc Ayrault and Bernard Cazeneuve will travel to Abidjan, on Tuesday March15, to demonstrate solidarity with the Ivorian authorities and people.

Al Qaeda offshoot in the Islamic Maghreb (AQIM) claimed responsibility for the Sunday terrorist attacks in Grand Bassam, some 40 km to the east of capital Abidjan. The attacks killed 15 civilians and 3 security agents. The 6 perpetrators of the assault were also killed.