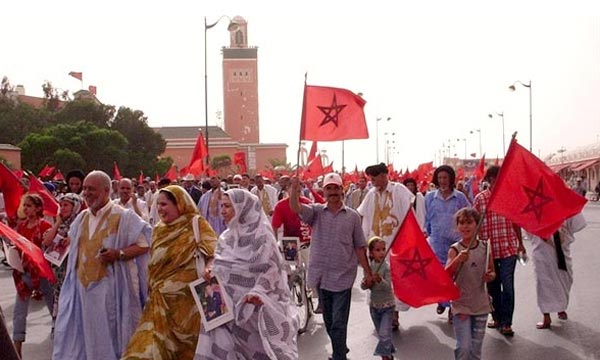 Sunday March, a Plebiscite for the Sahara as Morocco’s 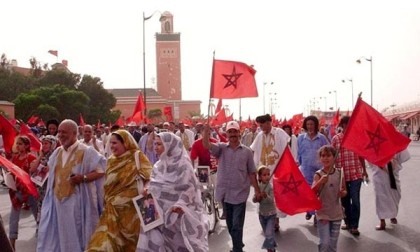 It was really Morocco’s biggest ever demonstration as more than three million people poured last Sunday onto the streets of Rabat to slam UN Secretary General’s latest remarks on Moroccan Sahara and reaffirm that the territory is Moroccan and Moroccan it shall remain.

As shown in TV footage and press reports, the turnout was impressive and historic, leading some analysts to say it is the largest gathering of its kind in Moroccan history.

Given its magnitude, its timing, its legal value, and the messages it sent out, the march was not a mere passing demonstration but a genuine plebiscite whereby the Moroccan people told the world that Morocco is in its Sahara and that the Sahara is an integral part of Morocco.

The march transcended Ban Ki-moon’s blunders and irresponsible statements that are inconsistent with his position as Secretary General of the international body conducting a mediation in the Sahara territorial conflict.

It is clear that Ban’s uncalled-for comment casts a shadow over his and over the UN current attempts to broker a permanent, mutually-acceptable resolution of the Sahara conflict.

The UN and Ban himself have repeatedly called upon Algeria and the Algerian-backed polisario Front to allow unfettered access to the camps in Tindouf (Southern Algeria) and to allow the UNHCR to register people, to identify them and attend to their specific needs. But this has not occurred, with malnutrition, hunger and chronic deprivation endemic in the Camps, despite very generous donations of international aid and Ban did not brought up the issue in his remarks.

Documented reports revealed large-scale misappropriation of humanitarian aid (including food and medicines) by the Polisario leaders in collusion with Algerian officials who must be held accountable for running the Tindouf camps wherein trafficking of drugs, weapons and people are thriving amid increasing regional instability caused by organized crime and terrorism. But Ban Ki-moon seems unable to pay heed to this serious situation.

By contrast, big investments were made by Morocco in its Southern provinces over the past forty years, creating increasingly prosperous economy, employments, new industries and modern infrastructure providing opportunities for the local population to lead a life of dignity and freedom. But, the UN Chief pretends to ignore this reality on the ground.

So why has Ban Ki-moon decided to overlook all these tangible facts? What are the reasons behind his misjudgment and politically incorrect views?

He was biased? Let him be. He ignored the resolutions of the very body he was representing? No problem! Historical facts cannot be erased nor can the patriotic feelings of Moroccans be shaken by statements, were they uttered by the chief of the highest world body whose primary mission is to defuse problems and settle conflicts, in total respect of neutrality, not to fuel tensions.

So, the Sunday march was just an opportunity to express the Moroccan people’s anger against Ban Ki-moon’s inappropriate comments about the Sahara, comments undermining “the noble objectives” of the United Nations and constituting a “blatant breach” of the principle of neutrality required from a UN Secretary General, as pointed out in a statement released on Saturday at the end of an extraordinary joint session of the two Houses of the Moroccan Parliament.

It was also an opportunity to remind the UN chief that he has failed to address the sufferings of the people sequestered in the Tindouf camps wherein systematic human rights violations are committed, ad that he has scored no progress whatsoever in pushing the settlement process forward.

To Ban Ki-moon’s inaccurate, misjudged and undiplomatic remarks, the Moroccan people responded that Morocco’s southern provinces, which have been an intrinsic part of the Kingdom for centuries, with their inhabitants having continually sworn allegiance to the Moroccan sultans for centuries, will remain an intrinsic part of Morocco forever. Is there any way to confirm that the Sahara is Moroccan other than the Sunday plebiscite?