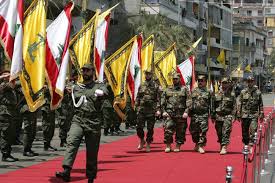 Hezbollah, a political party in Lebanon with a military wing, has been declared by the Arab League as a “terrorist group” although two of the organization’s 22members, Lebanon and Iraq, voiced reservations.

The resolution was adopted by Arab Foreign Ministers following a similar move by the Gulf Cooperation Council on March 2.

Explaining Lebanon’s reservations, Foreign Minister Gibran Bassil said “Hezbollah is a Lebanese party that enjoys broad representation in the parliament and Cabinet… Naturally, we cannot accept that Hezbollah be described as a terrorist organization.” He said Lebanon wanted the phrase “terrorist organization” to be removed from the resolution.

Gulf States, including Saudi Arabia, Bahrain and Kuwait, have repeatedly alleged that Hezbollah and Iran interfere in their domestic affairs and have sentenced several people for collaborating with them.

Hezbollah is listed by the US, Canada and Australia as a terrorist group but the European Union stopped at blacklisting its military wing only.

Bassil said Hezbollah is a resistance group and not a terrorist organization and the Arab League’s declaration is against the Arab treaty. Hezbollah has not reacted to the declaration and its Al-Manar television channel didn’t report on it.

The Arab League’s decision is however expected to worsen the political standoff in Lebanon.

In another development, the Islamic State group has described, in a new video, Hezbollah as “the source of crime and oppression” in Lebanon and accused Saad Hariri’s Mustaqbal Movement of “corruption and terror” and cooperation with the US and Saudi Arabia to acquire weapons that “have no purpose but to kill Sunnis.”