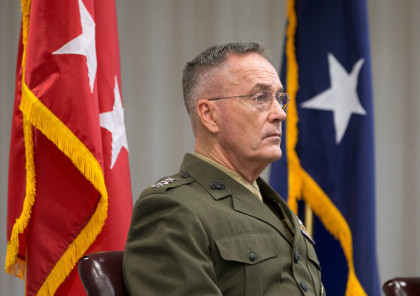 Several attempts by the Tobruk-based parliament to hold a vote of confidence of the national unity government proposed by Prime-Minister designate Fayz al-Serraj have failed. The latest session of the House of Representatives (HoR) took place on Tuesday but failed to reach a quorum.

The establishment of a unity government under the Libya Political Agreement reached last year should pave the way for a new transitional process but repeated unsuccessful attempts delay plans by the West to intervene in Libya to fight the Islamic State which is exploiting the situation to deepen its roots in the country.

Western countries vowed to send ground troops in the country only after approval from an established unity government although they are reported to be active in the country and the US has carried out several airstrikes.

The New York Times reported on Tuesday that the Pentagon presented the White House with detailed airstrike options aimed at paralyzing the Islamic State in Libya but the Obama administration is prioritizing diplomatic efforts for the establishment of a unity government.

Pentagon Press Secretary Peter Cook was tightlipped about the report when asked about it but stressed that IS in Libya “does pose a threat that merits significant scrutiny by the United States” and is part of the US campaign which he said “is not just Iraq and Syria, and we will continue to consider all options necessary to continue to address that threat.”

US Africa Command’s General David Rodriguez told lawmakers at a Senate Armed Services Committee hearing on Tuesday that he considers Libya to be a failed state and “it’s going to take 10 years to build that society up” in the case of an intervention.