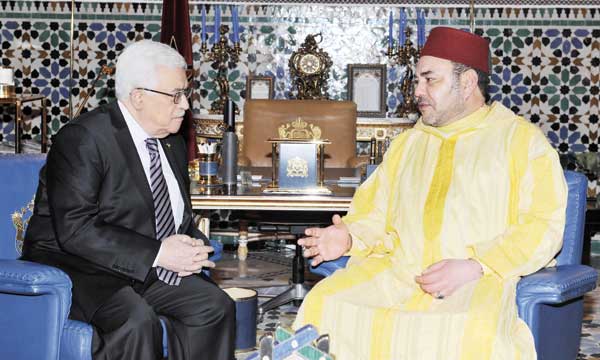 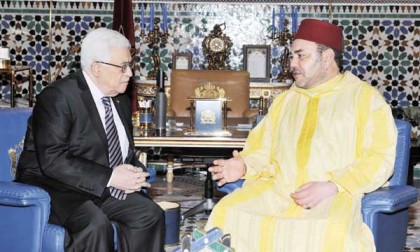 Morocco has renewed its unflinching support to Palestinian statehood and to any initiative seeking the end of Israeli occupation and the establishment of an independent Palestinian State with Al Quds as its capital.

“We welcome and support any serious initiative aimed at ending the Israeli occupation and establishing an independent Palestinian State, within the 1967 borders, with Al Quds as its capital,” Said King Mohammed VI of Morocco.

In a message to the 5th extraordinary summit of the Organization of Islamic Cooperation, held in Jakarta on Monday to debate the cause of Palestine and Al Quds, the sovereign expressed hope that the summit will be crowned by the adoption of initiatives likely to secure peace and bring the issue out of the deadlock.

The Sovereign blamed Israeli occupation authorities for their “obvious responsibility” in violating the inalienable rights of the Palestinian people, for their intransigence that undermines the two-State solution, for their ongoing aggressive practices, as well as for their occupation policy and expansion projects.
The King who welcomed the participation of the international quartet in this extraordinary summit and its symbolic importance, expressed strong support to the Palestinian President’s call for holding an international peace conference aimed at ending the Israeli occupation. He also voiced support to the tireless efforts made by France, which sponsors this initiative, along with other friendly countries, to resume negotiations, according to a specific timetable, and to achieve a just and comprehensive solution to the conflict based on the two-State solution.
King Mohammed VI, who is the chairman of the Al-Quds Committee, an offshoot of the OIC set up to defend the holy city, underscored the necessity to combine political action and diplomatic efforts with field work, for, he said, “we believe in the need to focus efforts on improving the daily lives of Palestinians and supporting their resistance.”

“Defending occupied Palestinian land and protecting the holy city of Al-Quds against Judaization attempts, as well as supporting the resistant population cannot be achieved with hollow slogans, let alone the exploitation of this noble cause in sterile arguments. It is rather through efforts in favor of Palestine and Palestinians”, the king said.

The Sovereign underlined the role of Bayt Mal Al Quds, one of agencies of Al-Quds Committee, in protecting the Holy city against any attempts to alter its identity and landmarks, in assisting Al Quds inhabitants have a decent life, and protecting Al-Aqsa Mosque and other holy places.

The King who recalled that Morocco contributes 85 pc of the Agency’s budget said Bayt Mal Al Quds also seeks to preserve the city’s civilizational, religious, cultural and urbanistic heritage, as well as its specific legal status, in accordance with international resolutions.

King Mohammed VI also deplored the resurgence of crises and the alarming increase of tensions in the Islamic world, in addition to the exacerbation of security and terrorist threats and the upsurge of extremist, violent and sectarian trends.

These trends are rejected by Muslims but are exploited by their enemies as a pretext to undermine their cultural and civilizational values or as an abject means to distort the essence of Islam, he said.