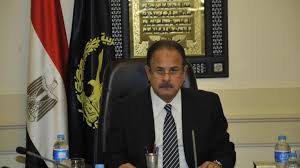 Egyptian authorities have claimed that Hisham Barakat, the country’s chief prosecutor, was assassinated June last year in a plot planned by the country’s Muslim Brotherhood and the Palestinian militant group Hamas.

The allegations were made by Interior minister Magdy Abde Ghaffar in a televised press conference on Sunday shortly after prosecutors ordered six people, accused of having links to the attack, to be detained for 15 days as investigations continue.

Barakat was the most senior official to be killed in Egypt for the past 25 years when his convoy was rocked with a bomb attack but his driver, who survived the blast with injuries, told investigators that the chief prosecutor was conscious and walking away from the attack before being hit by a car leading to his death.

Abdul Ghaffar said “Hamas trained, prepared and oversaw the implementation” of the assassination which he said “was carried out on orders from Muslim Brotherhood leaders staying in Turkey in coordination with Hamas that played a very big role in this conspiracy.”

Some young people, said to “belong to a terrorist organization,” were recorded admitting they were involved in the attack.

Neither Hamas nor the Muslim Brotherhood reacted to the allegations. Both groups have strained relations with the Sisi administration while Ankara under president Erdogan has refused to recognize Sisi as president.

Cairo regularly accuses Hamas of supporting attacks in Egypt especially in the Sinai Peninsula where extremist groups are active. Egypt classified the Muslim Brotherhood as a terrorist organization before banning it. Hundreds of Muslim Brotherhood members are in Egyptian jails for their roles in violence during mass trials.

Meanwhile, the detained six people are students who “belong to a terrorist organization” according to an official under the condition of anonymity.