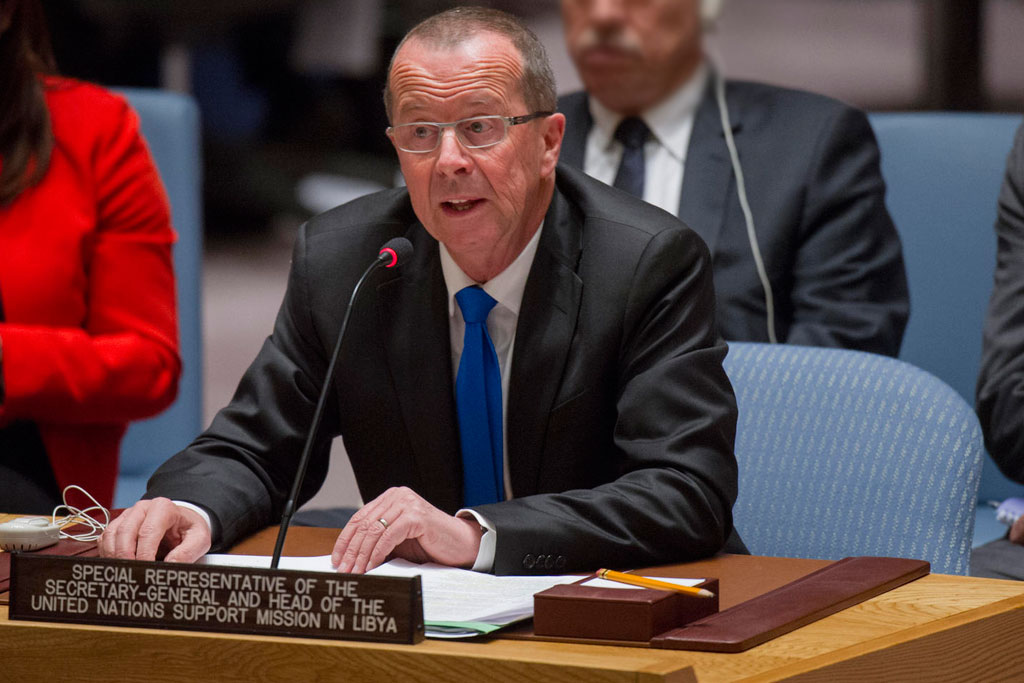 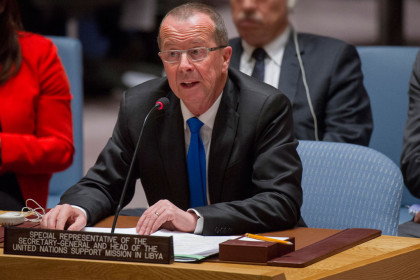 UNSMIL Chief Martin Kobler Tuesday urged the UN Security Council to get rid of the spoilers of the peace and unity process if the UN wants Libya to move on and give hope to 2.4 million people tangled in humanitarian crisis.

“Both in eastern and western Libya, there are those who are committed to do everything in their power to undermine the political process, as well as the formation of a Government of National Accord and its instalment in the capital.”

“These actors must be told in no uncertain terms that enough is enough: it is high time that they stand by the interests of the Libyan people and not against them,” Kobler said.

He also reminded members during the report that had it not been those spoilers, Libya should have had a unity government supported by majority of Libyans and lawmakers in the House of Representatives (HoR) as he referred to the second failure by the HoR on February 22 to conduct a vote of confidence after a group of HoR minority members prevented the vote to take place.

“I am convinced that a positive vote could have taken place on 22 February, had the leadership of the House of Representatives shown the resolve and determination to put the Government of National Accord to a vote,” Kobler said.

Kobler explained that the minority resorted to threats and intimidations to prevent other members from endorsing the cabinet presented by Prime Minister-designate Serraj.

He pointed out that despites manoeuvers by spoilers to handicap the process, Libya must head on, UN efforts must continue with the establishment of the unity government in Tripoli as soon as possible, and those standing in the way should be dealt with.

“Those who are threatening the Presidency Council and actively preventing it from assuming power in Tripoli should be held accountable on the basis of Security Council resolutions,” Kobler stated.

Kobler furthermore underlined that the Libya Political Agreement (LPA) remains the only framework to find solutions to the crisis in Libya. On that he indicated that he would continue mobilizing the Libyans and the international community for its enforcement.

As part of steps to keep the process rolling, Kobler also intends to broaden the LPA, and include civil society, youth and women organizations. He also believes that dignitaries and municipalities have a crucial role to play.

On the security front, Kobler said that power vacuum is benefiting the Islamic State which is expanding its influence to the West, East and to the South of the country.

“While Libya’s financial resources are dwindling, the criminal networks, including human smuggling, are booming,” he warned.

Stressing the urgent need to unify and reform the Libyan army he urged the unity government and the Presidency Council to work toward achieving that goal.