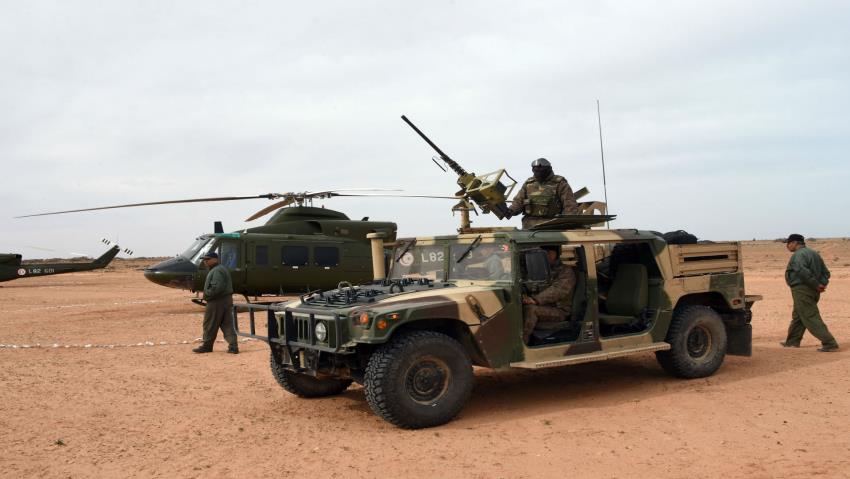 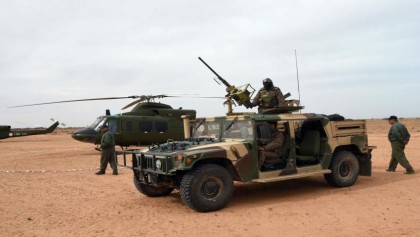 Tunisian security forces have killed five “militants” near the border with Libya and the commander of the forces has been injured in the clash, the Defense Ministry announced on Wednesday.

“Five terrorists holed up in a house in El Aouija were killed by troops and police,” the ministry spokesman Belhassen Oueslati said.

A civilian who was accidently shot during the shootout died of his injuries.

According to security sources, the terrorist group, infiltrated from the Libyan territory aboard all-terrain vehicles, is made up of ten members.

Reports explained that security forces rounded a house in El Aouija where the alleged terrorists retreated after they refused to stop at a security check-point.

On Tuesday, the Interior Ministry had announced it neutralized four militants near the Algerian border and seized important quantities of weapons and ammunitions.

Tunisian security forces have stepped up their presence at the border with Libya in a bid to stem illegal crossing of IS fighters into Tunisia. A 125-mile barrier has been built along the border with uncontrolled Libya.

The United Kingdom and Germany are assisting Tunisian forces in their endeavor to stop IS militants’ intrusion into Tunisia to commit terrorist attacks. Earlier this week, British Defense Secretary Fallon announced that 20 British troops would head to Tunisia to help enhance security at the border with Libya.

On Tuesday, Germany donated security equipment to Tunisian forces. For German federal Interior Minister Thomas de Maiziere, the donation will help in the anti-terror struggle as well as in the fight against illegal migration.