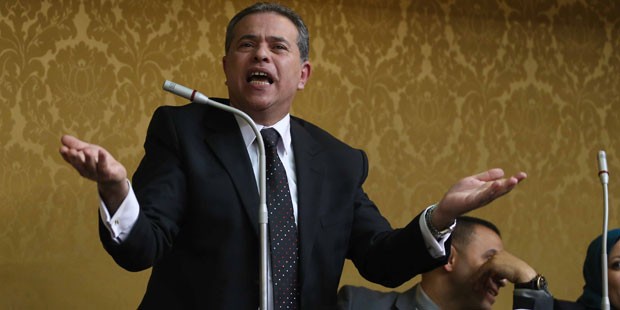 Egypt: MP Kicked out of Parliament over Meeting with Israeli Envoy 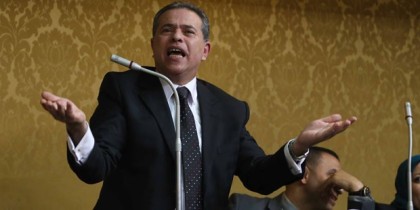 465 out of 596 [more than two-thirds of the House of Representatives] voted in favor of the motion.

Parliament Speaker Ali Abdelaal commenting on the vote pointed out that the ban was result of Okasha’s wrongdoings and repeated controversial behavior. He also indicated that any wrongdoing by a lawmaker stains the reputation of the Parliament as a whole.

“The basic competence of the parliament is oversight and legislation, while the task of the executive authority is to take action and bear the responsibility,” Abdelaal added.

Okasha came under fire after hosting at his residence on February 25 Israeli ambassador, Haim Koren, with whom he discussed sensitive issues including “security cooperation, Israel’s relations with Arab countries and the Great Ethiopian Renaissance Dam.”

The Israeli embassy confirmed the meeting on its facebook page indicating that talks were fruitful.

Before the vote, an investigation committee recommended that Okasha be suspended for one year after he violated the Parliament order following his criticism of Parliament Speaker Abdelaal, saying that it is a mistake that al-Sissi appointed him as Speaker. Okasha reportedly took aim at Abdelaal because he was himself vying for the seat. He also caught public attention when he called for early presidential elections and a change of government.

Following his meeting with the Israeli envoy, Okasha was severely criticized by other colleagues, and one of them, Kamal Ahmed, tossed his shoe at him.

Cooperation with Israel on sensitive issues including security is considered as treason by the public opinion in Egypt, the first Arab country to sign a peace treaty with Israel in 1979.

Last month, Cairo cancelled a visit by the Israeli Prime Minister Benjamin Netanyahu after an Israeli official indicated that ties between the two countries have never been this high and that al-Sisi’s recent decision to flood Hamas-made tunnels used by its militants, was made at Israel’s orders.