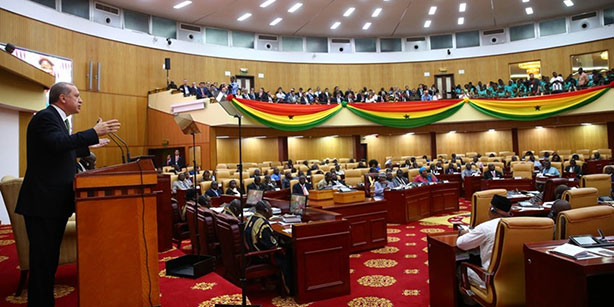 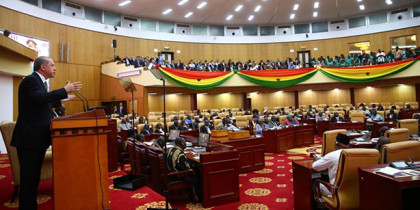 Turkish President Recep Tayyip Erdoğan Tuesday offered to help West African countries fight the growing terrorism threat. “Turkey has a vast experience in combating terrorism and we understand those countries suffering at the hands of terrorism best,” Erdoğan said as he was addressing the Ghanaian Parliament in Accra.

Erdogan who was on a two-day visit to Ghana referred to the recent terrorist attacks in Ouagadougou, Burkina Faso, and in the Malian capital Bamako which claimed lives of scores of people.

He also urged African States and developing countries at large to press for reforms at the United Nations Security Council for expansion of permanent membership, as the body in its current composition only benefits a few “elite” countries.

“The UN Security Council is not active in Syria, in North Africa, or northern Iraq … and its failure to interfere in troubled countries should be of concern to all and that’s why we need to push for reforms in the Council,” he said.

The Turkish President’s trip to Ghana is meant to bolster economic partnership and investment in one of the biggest economies of West Africa.

Erdoğan who made a trip to Senegal in February will also visit Côte d’Ivoire, Guinea and Nigeria part of his efforts to expand Ankara’s diplomatic influence in Africa.