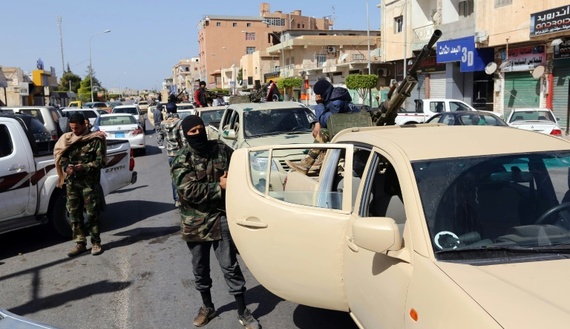 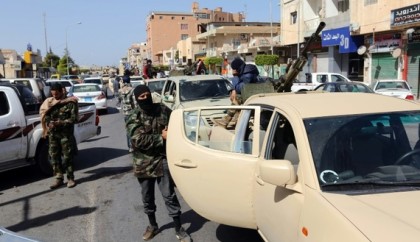 An unidentified warplane struck an IS convoy early Sunday near the town of Bani Walid.

The air-strike took place in the early hours of Sunday and did not involve their forces, according to the Tripoli authorities.

A military official linked to Tripoli-based Administration pointed out that the raid took place outside the city of Sirte, hometown for former Libyan ruler Col. Gaddafi. The city has fallen into the hands of IS fighters last June.

“It is believed that it was an IS convoy, but the target has not yet been identified,” the official said, adding that the convoy was completely destroyed. He did not give any details on the death toll.

“Libya Herald” on the other hand reports that the Pentagon denied it carried out the air strike.

This is the second time this month that unidentified war planes hit IS forces. After the Pentagon claimed its fighter jets hit IS fighters in Sabratha on February 19, killing dozens of militants, another mysterious warplane reportedly struck IS vessels trying to pull out of the city.

Tripoli authorities welcomed the US air-strikes against IS positions. Prime Minister Khalifa Ghwell also recently instructed forces loyal to his unrecognized government to head to Sirte and flash out IS fighters and liberate the city.